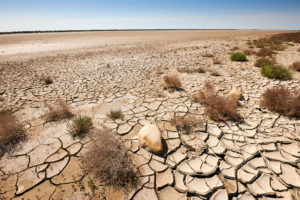 The Intergovernmental Panel on Climate Change, the UN body that assesses the science related to climate change, has published its latest research paper, Climate Change and Land.

Agri Investor looks at the key finding of the report and its potential impact.

What is the gist of the report?

In a nutshell, use of land for food production has to change because it is contributing a substantial portion to global greenhouse gas emissions.

The report estimates 23 percent of all human-made GGE derive from agriculture, forestry and “other land use.”

“If emissions associated with pre- and post-production activities in the global food system are included, the emissions are estimated to be 21-37 percent of total net emissions,” the report says.

Not quite – land degradation and desertification are the other major talking points from the study.

The catch-22 posed by land degradation is explained as follows:

“When land is degraded, it becomes less productive, restricting what can be grown and reducing the soil’s ability to absorb carbon. This exacerbates climate change, while climate change in turn exacerbates land degradation.”

Meanwhile, around 500 million people already live in areas that experience desertification, the IPCC says, and these areas are most at risk of extreme events such as drought, heatwaves and dust storms.

How does this all impact my ag investments?

The report is unlikely to have any immediate material impact, but you can expect ag’s contribution to greenhouse gas emissions to come increasingly under the spotlight.

Findings from the report will also inform upcoming climate and environment negotiations such as the September UN conference to Combat Desertification, in New Delhi, India.

Does the report offer any pathways to achieving food sustainability?

It does, specifically highlighting the need to:

Does the study link with the 2015 Paris Agreement to limit global average temperature increases to under 2C?

Yes – the IPCC assessed a series of model pathways that limit global warming to between 1.5C and 2C.

All scenarios require “land-based mitigation and land-use change, with most including different combinations of reforestation, afforestation, reduced deforestation and bioenergy,” the report says.

But it adds that land must remain productive to maintain food security, which means there are limits to the contribution better land management can make to address the climate crisis.

The climate crisis is, of course, a global issue. But will land in different regions be impacted in the same way?

According to this report, no. North and South America, central Asia, the Mediterranean and southern Africa are all expected to be increasingly affected by wildfire. 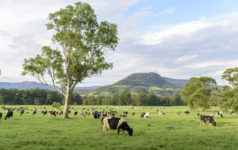