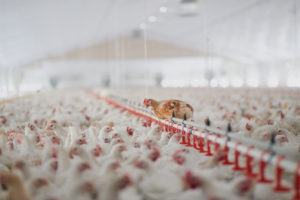 A major shareholder in Rural Funds Group’s listed poultry investment vehicle has said it will vote against plans to sell all the vehicle’s assets to ProTen, the broiler chicken business owned by First State Super, because of concerns the proposed transaction “significantly undervalues” the assets.

Kaizen Capital director Connor Grindlay last week sent a letter to Rural Funds Management managing director David Bryant, setting out his firm’s concerns ahead of a vote on the deal at a meeting on November 28.

According to the letter, Kaizen Capital owns “over 19.51 percent” of RF Poultry – an entity managed by Rural Funds Management and listed on the National Stock Exchange of Australia – that is the lessee and the operator of Rural Funds Group’s poultry assets.

One of Kaizen’s main concerns is a possible failure by Rural Funds Management – the responsible entity for both RF Poultry and Rural Funds Group, listed on the Australian Securities Exchange – to act over potential conflicts of interest.

Kaizen said that Rural Funds Management acts as both lessee and lessor on the farm contracts it has struck. It also alleges the contracts “contain poison pills”, which prevent a third party from changing the responsible entity or effecting a change of control. Kaizen said this would mean that an attempt by it, or another major shareholder, to bid for control of RF Poultry could lead to a termination by Rural Funds Management of the leases and “destruction of all value in RF Poultry.”

The fund manager also expressed concerns that a rent review process set out in the leases for the chicken farms had not taken place, because the same board acts on both sides of the leases.

Kaizen said that rent reviews could have been triggered in the event of labor or capex costs increasing if the lessee requested it. It questioned whether no such rent review had been triggered because Rural Funds Management was both the lessee and the lessor. It also said lower rents could have protected Rural Funds Management’s gross margins and improved the assets’ financial performance.

“This is a critical point as RF Poultry is being portrayed as being in terminal decline with no real options,” the Kaizen letter said. “We disagree. We believe it has many options.”

Rural Funds Management did not respond to our request for a response to Kaizen’s allegations prior to publication.

Kaizen Capital director Connor Grindlay told Agri Investor that he had been requesting a rent review for more than a year, and that Rural Funds Management had not responded to the latest letter setting out Kaizen’s position, which was sent on November 22.

In the letter, Kaizen expressed concerns that Rural Funds Management had underinvested in chicken sheds and shifted the burden of ongoing capital expenditure on to RF Poultry itself.

Kaizen added that the proposed sale was the result of an “opaque, inadequate and flawed” process that could see First State Super, the buyer of the poultry assets, achieve significant value uplift in a short space of time.

It said it expected First State Super to rebuild RF Poultry’s older sheds at Griffith, New South Wales, at a cost of around A$60 million ($41 million; €37 million). This would make the assets, in Kaizen’s estimate, worth around A$200 million in total. This in turn would represent an uplift of around A$63 million for First State Super and ProTen, after adding together the A$72 million transaction cost and the A$60 million rebuilding costs.

Kaizen said that RF Poultry unitholders, which currently own the leases to 2037, would receive A$5.5 million in the transaction, or A$0.80 per unit.

“ProTen/First State will receive over 11x the value as a ‘profit’ by building new sheds,” it said. “The reason that there is such a disproportionate transfer is, in our opinion, because RF Poultry is so deeply undervalued in this transaction.”

In its presentation on the sale to shareholders, dated October 28, Rural Funds Management said 11 of RF Poultry’s 17 poultry farms “have old infrastructure and grower agreements” and that renewal of those contracts would require “material investment” by Rural Funds Group. It said that “investment opportunities in natural resource-intensive assets are more compelling” than poultry, and had concluded that “investment in this sector is better suited to businesses with greater economies of scale.”

First State Super had not responded to a request for comment prior to publication.

Kaizen called for the November 28 vote on the deal to be postponed and an independent expert to be appointed to investigate rents and capex requirements. It also requested that Rural Funds Management take measures to remove the alleged “poison pills” from its leases.

Rural Funds Group and its responsible entity, Rural Funds Management, have also come under fire in recent months after attacks from overseas analysts. Bucephalus Research Partnership and Bonitas Research have both accused management of inflating asset values and financial performance.

Rural Funds Management has denied all the allegations and launched legal proceedings against Bonitas in the NSW Supreme Court.