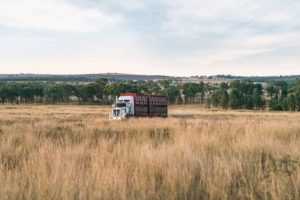 Bucephalus published research this week that accused RFM – the responsible entity for Rural Funds Group – of being involved in a “clear cut case of financial engineering and creative accounting being used to inflate asset values, and line the pockets of the management company.”

Managing partner Robert Medd said Bucephalus believes RFM is booking asset expenses as asset improvements. “To me, these expenses look like they should be repair and maintenance expenses, which means the asset values and distributions would come down.”

In its report, Bucephalus said: “Booking these as an improvement lifts asset values […] and also means that accounting profit is far higher than real cash generation. As a result, when Rural Funds Group makes distributions, they are unfunded and effectively a return of capital. We believe the company is using fundraising to make up the shortfall.”

As it did in response to the allegations made by short seller Bonitas Research, RFM denied all the assertions made by Bucephalus. Bonitas had made a series of accusations that included a claim that Rural Funds Group had included more than A$28 million ($18.8 million; €17.0 million) of fabricated rental income in its reported profits.

Lawyers acting on behalf of Rural Funds Group also commissioned EY to verify the veracity of Bonitas’s claims. The firm concluded the short-seller’s accusations were “not substantiated.”

RFM managing director David Bryant told Agri Investor, in response to Bucephalus’s claims: “It’s very easy to sit in Hong Kong and make things up or do particularly bad analysis and use lots of alarming words.

“We’re directing people to look at properly prepared documents that we’ve produced, which are our annual accounts, our investor presentations and the EY report in response to the previous allegations.”

Bucephalus questioned RFM’s external asset valuations because they had been made “in absentia,” which Bryant disputed, saying it was normal practice for two valuers to sign off a report and for only one of them to have visited the property.

The research firm also accused RFM of overestimating the useful life of its almond trees, grapevines and macadamia trees at 30 years, 40 years and 45 years, respectively.

Bryant countered that the estimations “are appropriate” because macadamia trees and grapevines “can still be producing at 100 years”, although “the commercial yields [of macadamia] could decline before then.” For almonds, “a 25-35-year rotation of planting is realistic – and we’re using 30,” he said.

Bucephalus concluded the fair asset value of Rural Funds Group’s shares was A$1.20 but said the equity could be “wiped out” if revaluation forced a recapitalization.

In its statement to the ASX, RFM said Bucephalus’s criticisms were “substantially similar” to those made by Bonitas. Medd disputed this, arguing that, while the conclusion he had reached was the same, the way he arrived there was different.

On the prospect of legal action against Bucephalus, Bryant said: “We’ll deal with one at a time – we’ll see.” Medd told Agri Investor: “No-one has ever tried to sue us because everything we do is sourced from publicly-available, factual documents.”

Bucephalus is not a short seller. Rather, it provides analysis to clients on companies and equities for a subscription fee but does not directly profit if a particular stock goes up or down.

The firm’s share price stood at A$2.35 before the initial Bonitas attack on 6 August, dipping to a low of A$1.36 the following day before immediately beginning to recover ground.

Short sellers have set their sights on Australia ag. To read more about it, click here.