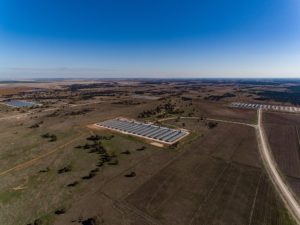 The sale of Rural Funds Group’s poultry assets to ProTen, the broiler chicken business owned by First State Super, has been approved by RF Poultry shareholders, the NSX-listed lessee and operator of the assets.

The vote went ahead despite objections from Kaizen Capital, which owns more than 19.5 percent of RF Poultry. In a letter to Rural Funds Management managing director David Bryant last week, Kaizen director Connor Grindlay set out his firm’s intention to vote against the sale resolution because of concerns the transaction “significantly undervalues” the assets.

Rural Funds Management (RFM) is the responsible entity of both RF Poultry and the ASX-listed Rural Funds Group.

The vote saw 65 percent of unitholders vote in favor of the sale, with 35 percent voting against it. The 35 percent bloc of votes came from just three unitholders.

Part of Kaizen’s concerns centered on potential rent reductions that it argued should have been considered under rent review clauses, which were written into the farm lease contracts.

Grindlay told Agri Investor that he had been requesting a rent review for more than a year and that Rural Funds Management had not responded to the letter setting out Kaizen’s position on the sale, which was sent on November 22.

Kaizen said rent reviews could have been triggered in the event of labor or capex costs increasing, if the lessee requested it. It questioned whether no such rent review had been triggered because Rural Funds Management was both the lessee and the lessor. It also said lower rents could have protected Rural Funds Management’s gross margins and improved the assets’ financial performance.

RFM said in a statement today that proceeds from the sale would be partially used to fund the acquisition of three cattle properties in Western Australia for A$22.6 million. Those properties will be leased to Wagyu beef producer Stone Axe Pastoral Company, which is majority-owned by Roc Partners and has already signed leases for properties owned by Rural Funds Group. First State Super also owns a stake in Stone Axe.