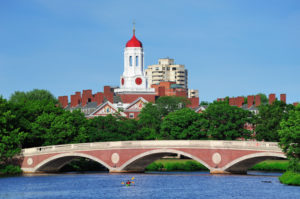 Assets formerly managed by Harvard Management Company, including farms in Chile and Peru and a substantial minority stake in California Olive Ranch, are now being managed by HMC spin-out Solum Partners.

Former HMC managing director for natural resources Colin Butterfield, who was named chief executive of Solum Partners when the spin-out was announced on October 8, told Agri Investor that COR –  a Chico, California headquartered olive oil producer – is the kind of crop-specific verticals his team worked to develop at Harvard, which will also be Solum’s focus.

“Instead of investing in assets and spreading our risk in different assets, we do the contrary. Once we decide we are going to get into a fruit type, we really, really get into it very seriously,” he said.

“Once you do all of that with scale, physically, great optionality starts popping up in the supply chain – be it through joint ventures, be it through arrangements we have, or be it through buying a minority or majority stake in some player that is too good in our fruit.”

Butterfield said it was during efforts to restructure the $41.9 billion HMC’s natural resources portfolio that his team was introduced to executives from American International Group, a $397 billion insurance company that announced a $200 million investment into Solum on its first day.

“They were enticed to understand more. That led to conversations that were really the catalyst for the birth of Solum,” he said. AIG declined to comment. “Being a manager inside the endowment, I cannot manage another person’s money and AIG wanted to find a way that my team and myself could invest in the same strategy we are doing for Harvard. It is the same for Harvard.”

In a letter to staff when the spin-out was announced, HMC chief investment officer NP Narvekar wrote that its $200 million commitment to the firm would make HMC an “anchor” investor in Solum.

The firm is seeking “under $1 billion” for investments in large-scale agricultural production assets with potential for vertical integration, according to a Wall Street Journal report. The report also said AIG and HMC had invested in a portfolio of assets Solum is buying from Harvard.

Butterfield declined to disclose details of the exact assets in which AIG and HMC had invested, the terms and structure of those investments or Solum’s broader plans.

“For those partners who see eye-to-eye with our strategy and how we do things, we would love to have them as partners,” he said. “Does that mean that one size fits all and we can generalize this humongous universe of ag and food? Not at all. Ag and food is a $3 trillion market that institutional investors are just starting to get into, so there are a lot of different characteristics of who is out there.”

In his letter, Narvekar praised Butterfield’s role in establishing HMC’s sustainable investment guidelines. He also said the latter had been instrumental in the assessment and repositioning of an inherited natural resources portfolio, an effort that he acknowledged had been “no small feat.”

Solum, he wrote, will continue to advise HMC on sales of legacy assets from its natural resources portfolio. Investing in the firm, he added, will allow Harvard to maintain exposure to assets with the portfolio found to be well-suited for an endowment.

“As opposed to simply winding down all direct investments, we retain exposure to these investments as a limited partner and maintain the ability to add to new compelling opportunities in the future,” Narvekar wrote.

Butterfield declined to discuss the process that led to $1.1 billion in write-downs of agricultural assets within the HMC portfolio, beyond describing the role he assumed there in 2016 as  a “true turnaround.” He said the position drew on both the agricultural expertise he had developed in positions with Cargill and TIAA-CREF, as well as operational experience with Brazilian consumer packaged goods companies earlier in his career.

“I did not look in the rearview mirror whatsoever, I was only forward-looking,” he said. “I’ve been turning around the portfolio in the last four years and at the same time, building a very new strategy.”

Although the restructuring effort included the sale of more than $1 billion of what Narvekar labelled as “good, but mismanaged assets,” Butterfield’s unit also deployed $100 million during 2019 into assets within in its ag portfolio. Butterfield said HMC had carried out “significantly more” new investment since then, including acquisitions.

“For the assets that are now part of the core strategy for Solum, a lot of those are new investments that we made,” said Butterfield, mentioning this includes a collection of farms in Chile and Peru but declining to provide more detail.

In January, HMC acquired a minority stake in Wesfalia Fruit International, a South Africa-headquartered avocado producer with operations in Mexico, Chile, Colombia, Peru and California. Westfalia is one of the former HMC assets that will be managed by Solum, which will pursue what Butterfield described as a “turbocharged real asset play” focusing on ag and food.

Just as HMC’s involvement with COR began as a key supplier of olives to the company before eventually building into a partnership with its family owners, Butterfield said Solum will look to naturally build out businesses in key commodities. The firm’s statement said its assets produce apples, blueberries and soybeans, among others.

Solum will pursue a global strategy, said Butterfield, with a primary focus on offering year-round supply of key commodities sourced from the US, South America and Australia with additional scope for limited activity in New Zealand and Europe.

“Unfortunately, nature chooses us, we don’t choose nature,” said Butterfield. “Even though I would love to invest everything in California and the United States, for some of those verticals, there are places in the world where you can grow them much better than the United States, so we need to go after the right places to grow our verticals.”