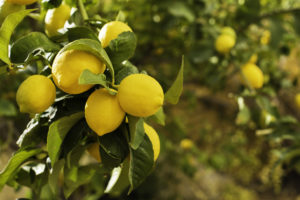 A group of South African stakeholders has started an open-ended farmland fund, which will seek to tap into the opportunities presented by the nation’s black economic empowerment policy (BE).

As a majority black-owned business, Igaba Farms will be able to acquire farmland at a “discount because we provide the BE credential,” explained Niel Fourie, director and actuary at Zaq Finance.

IFPF is already working on farmland acquisition deals, initial agreements on which would deliver rental yields of around 8 percent, said Fourie.

The fund will also pursue acquisitions of “virgin land” which, due to the preferential treatment granted to black-owned businesses, will allow Igaba to develop the asset in such a way that will deliver “significantly higher” returns, he said.

“Development projects can be anything from 50-60 percent IRR,” said Fourie

“Because we’re empowered, it’ll be easier to access water rights and so on, in the same areas where white farmers won’t able to get water rights – we’ll be able to secure that. You can get significant IRR uplift through these development-type projects.”

The firm is targeting commitments from domestic municipal and public pensions, as well as development finance banks and institutions.

The fund will seek to create a portfolio of “stable yield cash crops such as grains,” as well as “higher yielding growth opportunity crops such as citrus, berries [and] grapes,” confirmed Gerrit Wagener, a founding partner in Igaba Farms with a background as a consultant in operational optimisation and project management.

Other founding stakeholders in Igaba Farms include Jowell Tobias and Roger Matthews, who are both co-founders in Black Tiger Agriculture, a producer and exporter of table grapes, raisins, pecan nuts and citrus.