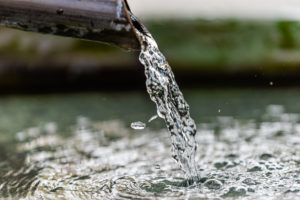 This time around – as dry conditions moved governor Gavin Newsom to declare a drought emergency in 41 of California’s 58 counties – Rizzardo’s current role as assistant deputy director of the enforcement division of SWRCB’s water rights unit has thrown her into the heart of the state’s complex water system.

“Now I’m working with more mid-sized and larger agencies and a whole lot of entities that own water rights that can afford to have consultants doing the work on their behalf,” Rizzardo told Agri Investor soon after her office issued a draft cease and desist order to the former Nestle Waters North America.

Although that draft order was the result of an investigation into allegations of illegal diversion that began in 2015, it was announced just days after initial declaration of drought in a statement that referenced Newsom’s order that state agencies should “track and actively respond to” California’s water challenges.

“As climate change intensifies in California, the era of cheap and easy water is coming to an end,” Rizzardo’s colleague Robert Cervantes, a senior engineer with the SWRCB’s enforcement division, told Agri Investor.

“The idea you can go anywhere in California, find a water source and do whatever you want with it and make a lot of money; I don’t know that those opportunities exist as much now as they did 50 years ago. Investors need to really do their diligence.”

Given that an investigation into the water rights underlying Nestle’s Arrowhead Springs operations at Strawberry Creek had been widely reported, the issue will have informed discussions leading to the sale of its North American water unit to a group led by New York-headquartered One Rock Capital Partners for $4.3 billion in February.

Blue Triton, the re-branded name for Nestlé Waters North America, and Nestle both declined to comment and One Rock Capital did not reply to messages seeking further detail.

BlueTriton indicated it plans to appeal the SWRCB draft finding in a statement that highlighted that the water rights in question have changed hands several times over the past 125 years and claimed the staff report marks a departure from longstanding “practice and precedent.”

California is not the only place where institutional investments depend on contested interpretations of what constitutes a water right and which legal precedents should define those rights. The state’s key role in US and global ag dictates that how water rights disputes are adjudicated in California will have widespread implications for long-term investment strategy and trade flows.

Hancock’s vice-president for water resources Carl Evers told Agri Investor in April it will take until the summer’s peak in irrigation before it becomes clearer what, if any, impact this year’s dry conditions are having on early steps towards implementation of California’s Sustainable Groundwater Management Act, or vice versa.

Similarly, it is too soon to know how and whether current or future droughts could influence determinations by courts or the SWRCB on how to apply established practice and precedent. Rizzardo’s office is currently investigating about 100 other water rights complaints from the public – a number that she highlighted tends to increase during years like 2021, when conditions are dry.

Bottled water derived from privately held rights stretching back more than a century sits at one extreme of a spectrum of water-related assets that includes most, if not all corners of agriculture relevant to institutional investors.

As re-pricing of water and related assets becomes a sharper focus, the role of regulatory bodies such as the California Water Resources Board will become more important in shaping the business environment surrounding ag. Even managers with no interest in bottled water have reason to keep an eye on the BlueTriton/SWRCB dispute as a gauge of California’s resolve and ability to regulate water more forcefully.