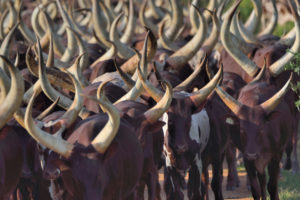 The Rise Fund’s acquisition of a minority stake in Uganda’s largest dairy processor aims to capture profit and impact potential stemming from the shift from unprocessed to processed milk, the fund’s global food and agriculture sector lead said.

Managed by alternative asset firm TPG, The Rise Fund acquired a 34 percent stake in Uganda’s Pearl Dairy in early November, financial details for which were not disclosed. The acquisition followed the $50 million investment in 2017 into India’s Dodla Dairy, a fresh dairy product provider.

“What we liked about both transactions is the collinearity between the impact and the financial performance of the company,” said Taryn Goodman, The Rise Fund’s global food and agriculture sector lead.

In addition to expanding access to shelf-stable products that reduce food waste, Goodman said, both companies maintain networks of contract relationships with smallholders that can act as a “competitive moat” in high-growth markets. Both Pearl and Dodla have invested in their cold-chain infrastructure, she explained, allowing them to connect farmers directly with markets and maintain relationships by providing producers with consistent offtake and reliable income.

Goodman added that the Dodla investment showed how the structural change from unprocessed to processed milk is inextricably linked with economic development, and can create the kind of high-growth companies The Rise Fund is looking for.

Established in 2013, Pearl Dairy processes 800,000 liters of raw milk per day, sourced from more than 10,000 smallholders throughout Uganda.

Goodman declined to identify the Pearl investment’s Impact Multiple of Money, a proprietary metric The Rise Fund uses to measure the financial value of social and environmental goods likely to result from each dollar invested.

Goodman did, however, highlight that the investment’s social impact also comes through elevated incomes among farmers participating in Pearl’s contract farming system, and the potential for that system to influence commercialization of local farming.

Though both of the agriculture-focused investments by The Rise Fund have been in dairy, Goodman said there are other sub-sectors it is interested in.

“As we have looked at what are truly the most pressing issues that we are facing and where can we drive the most impact, climate change continues to rise to the top. If you think about the context of climate change, you can’t ignore agriculture. That continues to be a huge focus of ours,” said Goodman.

Goodman described The Rise Fund’s focus within agriculture as being on promoting efficient production that reduces greenhouse gas emissions, increasing efficiency in supply chains and increasing attention to soil health and nutritional value. Resiliency of farmers is another potential investment theme Goodman addressed.

“In ag, historically there has been a greater focus on carbon and GHG emissions and I think that’s really important,” she said. “But I don’t think you can focus on that and not think about the social outcomes of how we are producing our food.”

The first iteration of The Rise Fund closed on $2 billion in 2017 after securing commitments from investors including the $210.6 billion New York State Common Retirement Fund, the $76.9 billion New Jersey Division of Investment (NJDOI) and the $26.7 billion San Francisco Employees’ Retirement System. TPG is currently seeking $2.5 billion for The Rise Fund II.

According to an NJDOI document, The Rise Fund II  will serve as TPG’s primary investment vehicle for small and mid-market buyout and growth equity investments with potential for strong risk-adjusted returns and measurable social impact and/or environmental impact. In addition to food and ag, other sectors of focus for the fund include healthcare, education, financial services and energy.