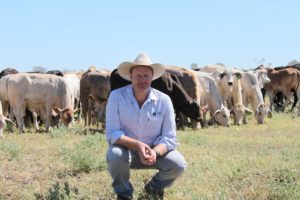 One of the more drawn-out sagas in Australian agriculture over the last few years came to an end in 2019 when Guy Hands, founder and chairman of UK-based private equity firm Terra Firma, led a management buyout of cattle enterprise Consolidated Pastoral Company.

Terra Firma initially acquired CPC in 2009, then the largest privately-owned beef producer in Australia. The firm then put the business up for auction in early 2018, signaling that it was willing to listen to offers for individual assets as well as the entire business.

Terra Firma never explicitly said why it was willing to listen to offers, but market observers at the time suggested it was seen as a good time to sell and a chance for the firm to realize gains for investors.

The process began with the sale of Nockatunga Station in Queensland to Cleveland Agriculture, continuing with the sale of nine other assets throughout 2018 and 2019 before Hands decided to lead an MBO to retain ownership of what was left.

Hands and his family office provided a cornerstone commitment to the investment alongside CPC management, although ownership stakes have not been disclosed.

Overseeing CPC throughout this process was cattle industry veteran Troy Setter, who remains CEO of the business under its new ownership.

“Guy has always had an affinity for, and connection with, CPC,” he told Agri Investor. “He sees Australia as a good place to invest, Australian land as a [good investment], he likes the exposure Australia has to developed and developing markets in Asia, and he has a long family connection to Australia as well. This is a generational investment for the Hands family office.”

The buyout has now settled, and Setter says there is welcome continuity for the firm after the long auction process.

Setter said the CPC portfolio is “stable” now after the divestments of the last two years.

The firm now runs around 300,000 head of cattle across approximately 3.5 million hectares of land in Queensland, the Northern Territory and Western Australia, as well as feed lots in Indonesia. This is down from 400,000 head and 4.5 million ha, respectively, before the portfolio shake-out.

“We’ll continue to operate a material farming operation in Indonesia, too, supporting the two feedlots, alongside a little bit of horticulture we do there.”

Large-scale cropping would be a change for the CPC business model but will help diversify revenues away from cattle production. Setter said CPC would plant 1,200 ha of sorghum in the coming weeks, describing it as a “good start,” but declined to put a timeframe on further development as the firm awaits state approvals for some of its proposals.

“[Cropping] will become a material part of the business’s value as well as a material part of our earnings. It will mainly be in north Queensland and northern parts of the NT [Northern Territory], both dryland and irrigated cropping,” he said.

Will this mean that we will no longer refer to CPC as a cattle production business in the future?

“That would be fair [to say], but we’ll look at where the best use of capital is to create the most sustainable value,” Setter said.

As for the other projects, Setter pointed to new revenue streams away from farming. The most eye-catching initiative announced to date is Singapore-based developer Sun Cable’s intention to build a giant solar farm on Newcastle Waters, a property in the NT owned by CPC.

That solar farm would cover 12,000 ha and provide electricity to Singapore via a yet-to-be-built subsea cable, making it the world’s biggest solar farm with the potential to provide 20 percent of the Asian nation’s electricity needs.

While the scheme sounds ambitious, it has received major project status already and has been backed with investment from Andrew Forrest’s Squadron Energy and Mike Cannon-Brooks’ Grok Ventures.

Setter says CPC is exploring other solar farm developments too. 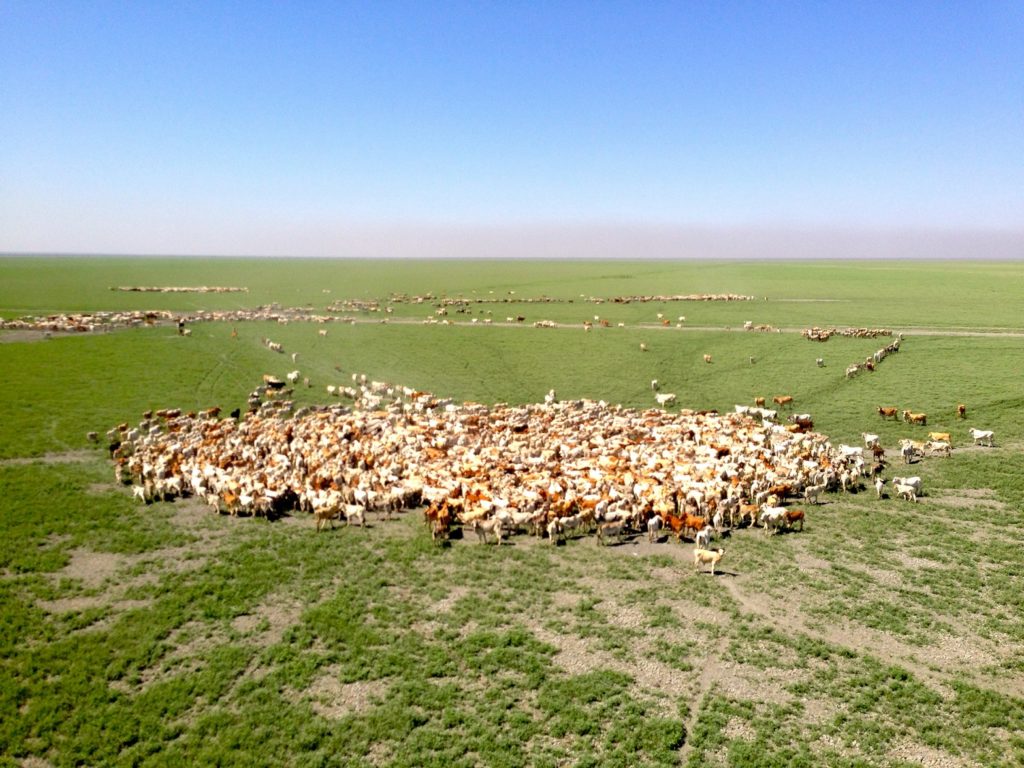 The need to diversify revenues was highlighted during a difficult period for Australia’s cattle producers, with drought in much of the areas in which CPC operates preceding the coronavirus outbreak, which disrupted supply chains.

“2020 was certainly better for us than 2018 and 2019, but it still had lingering challenges from the worst-ever drought that Australia, and certainly CPC, has ever had,” Setter said. “Demand for cattle and beef has been very strong in 2020, with prices very good in Australia and Indonesia. There was a dip [in prices] at the start of the coronavirus in Australia that was very brief, and it didn’t really affect us.

“Our coronavirus challenges came more in that March-May period and those were more logistical. But because agriculture was deemed an essential industry, we were able to operate relatively freely, just with an increased amount of paperwork and administration to move people and animals around. We were in a pretty good position, to be honest, compared to many other industries.”

Setter said CPC already had robust business continuity practices in place thanks to the remote nature of many of its properties, especially with how it considered key person risk. This helped minimize the friction that other companies experienced in 2020 as working practices were forced to change.

“A benefit for us was that we have a remote workforce and remote work sites, and offshore operations that meant we already had IT systems in place that meant people could work remotely,” he said.

“Ensuring that cattle had enough supplements and feed, and ensuring their health was looked after, did slightly increase our operating expenses – but it was ethically and morally the right thing to do”

The drought was an especially challenging period for CPC, though, notwithstanding the fact that it was coinciding with the Terra Firma’s attempt to auction the business and its properties.

“We had close to 15 percent of our cattle on agistment on other people’s properties last year – we’ve reduced that to about 5 percent today, and by the end of June 2021 we’ll have no cattle on agistment,” Setter said. “There was a large cost there, and our supplementary feeding costs went up too as animal welfare is of paramount importance to us.

“Ensuring that cattle had enough supplements and feed, and ensuring their health was looked after, did slightly increase our operating expenses – but it was ethically and morally the right thing to do.”

And the experience also sharpened the focus on the need to develop property and examine the potential for other revenue streams.

“One thing we did during the drought, that we’ll continue to do under the Hands family ownership, is continue with property development,” Setter said. “In 2019 we put in more water points and fencing and started developing land for cropping. The drought probably sped up some of our water and property development.”

With the MBO complete and the drought beginning to recede from view, Setter says that the outlook is strong for both CPC and Australia’s cattle sector as a whole.

“We have seen cattle prices increase substantially during 2020, due to a tightness of supply following several years of drought as well as very strong domestic demand for both high-quality and everyday beef,” he said, referencing the stripping of Australian supermarket shelves seen during the early days of the pandemic.

“That has flowed through to cattle. It has put some price margin squeeze on some of the meat processors, and we do need to be mindful that about 70 percent of our beef is exported and we have to compete in global markets. Offshore, Australia has reduced deliveries to certain markets because we don’t have the product and it has become more expensive.”

CPC does not have direct exposure to the Chinese market and any indirect exposure it has isn’t material, Setter says, which should help it avoid any significant impacts from the ongoing trade dispute.

But it is “absolutely fair” to acknowledge that China is one of the largest customers for Australian beef, Setter said, highlighting the knock-on effect any wider export bans could have on the wider sector.

“It’s a difficult situation for the Australian government to be in – they’re going to [need to] continue to work closely with beef exporters to work through the issues.”

But despite these challenges, and after watching first-hand an attempt to sell a major farming portfolio alongside a series of smaller property sales, Setter’s view on agriculture as an investment has not changed.

“Farmland has been one of the best-returning investments you could make in the last 25 years, particularly northern cattle land.”