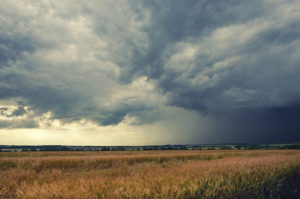 At Agri Investor’s Chicago Forum last November, one of the emerging farmland markets that created a lot of excitement and repeatedly attracted the ‘game changer’ label was Ukraine.

The country’s new president, Volodymyr Zelenskiy, had recently swept to power in a landslide victory, taking more than 70 percent of the vote in the April 2019 election. His lack of a history in politics and limited ties to the old guard, along with campaign pledges of an anti-corruption and pro-reform agenda, had won him fans at home and abroad.

Agri Investor’s assembled delegates and speakers were perhaps most enthused by one potential reform – an end to the moratorium on farmland sales that has prohibited agricultural land from being bought and sold since 2001 – a draft law for which was adopted by Ukraine’s parliament on the second day of the Chicago forum.

A slightly watered-down version of the law was finally passed on March 31, which will come into effect on July 1, 2021. While this is a step in the right direction towards opening up Ukraine’s agricultural markets for investment and development, at this early stage, it really is a case of all that glitters not being gold.

The broad strokes of the legislation are that Ukrainian nationals or entities can acquire up to 100 ha of agricultural land, which will rise to 10,000 ha in 2024. The current ban on foreign ownership of farmland will remain in place until at least 2024, with the only potential route to lifting this looking likely to be a national referendum.

One of the avenues foreign investors have used to invest in Ukrainian farmland in the last 19 years has been through the acquisition of shares in agricultural holding companies. By leasing private farmland from hundreds of landlords that own 2-5 ha each, some of these companies have “succeeded in accumulating impressive landbanks exceeding thousands of hectares of farmland,” said Oleg Matiusha, a counsel at law firm Kinstellar’s Kyiv office and head of the local real estate practice.

The new law, however, bans “foreigners, stateless persons and any legal entities from purchasing any shares in companies that own agricultural land in Ukraine [until 2024],” Matiusha explained.

The move to block the loophole, alongside the potential use of a referendum to decide the fate of foreign ownership, suggests it will be some time before Ukraine’s 41 million ha of arable land becomes a game changer for international investors.

Another ongoing risk, of course, is that which is presented by the country’s continuing battle with corruption and geopolitical tensions with Russia.

An end to the farmland moratorium was one of two main benchmarks set by the IMF for access to a $5.5 billion loan program that is agreed to and on the table, with the second hurdle aimed at targeting corruption by stipulating legislation is required to stop insolvent nationalized banks from being returned to their former owners. A draft bill that seeks to fulfill this benchmark received its first reading on March 31.

One of the main reasons Ukraine is in need of aid from the IMF dates back to the 2014 annexation of Crimea by Russia, which plunged the country into economic turmoil. The effects of this are still being felt today.

“Avangardco is the largest egg producer in Europe and in Crimea, and held a dominant position in industrial egg production with almost 100 percent of all factory farms,” Kovtok told Agri Investor in an email.

As far as Kovtok is concerned, “land reform is only the beginning of the conversation, not the end.” A strengthened rule of law and an impartial court system will “achieve the greatest lasting benefit for Ukraine and any investors who decide to invest in Ukraine’s agricultural sector,” she said.

Progressives will hope all the pieces are in place by 2024.