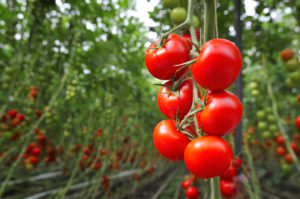 This made it the third indoor agriculture company to pursue a public market flotation via SPAC in 2021, at a valuation in excess of $1 billion.

Going public is usually a moment for celebration and the hope, generally, is that it will take the company into the next stage of its development – but if the two indoor ag SPAC mergers we’ve seen this year are anything to go by, Local Bounti could be in for a bumpy ride.

Kentucky-based AppHarvest signaled its intent to go public via SPAC in September 2020, with the $475 million business combination completed in February 2021.

The company has since revised down its full-year 2021 net sales outlook from its pre-SPAC range of between $20 million to $25 million, down to between $7 million and $9 million, citing headwinds associated with the full ramp-up of its Morehead farm and a strategic decision to broaden its business model by investing in operational technology.

AppHarvest also revised up the loss it expects to make for its full-year 2021 adjusted EBITDA from between $48 million to $52 million to $70 million to $75 million. The company’s share price has fallen accordingly, from $35.69 per share at the time of its February float to closing on $5.06 on the Nasdaq exchange on November 29.

Meanwhile, AeroFarms’ SPAC merger, which was announced in March, failed to properly get off the ground and was scrapped in October.

The first thing to acknowledge here is that no two businesses are identical – the fortunes of AeroFarms and AppHarvest are by no means a premonition of what lies in wait for Local Bounti.

Prior to the completion of the SPAC – which AeroFarms never managed – Bounti and Leo Holdings also revealed on November 5 that they had entered into subscription agreements for an additional $25 million of common stock, which offers another decent barometer of investor appetite.

But until some months have passed and public market investors can really start to look under the hood – and fresh financial results and forecasts are properly pored over – it will be too soon to say if Bounti will make three-for-three as a troubled post-SPAC indoor ag company.

Looking more broadly at the indoor ag space, as the calibre and variety of investors being drawn to these three companies demonstrates – AppHarvest counts Equilibrium, former AOL executive Steve Case, and S2G Ventures among its backers, while AeroFarms has strong support from Abu Dhabi – stuttering fortunes in the public markets look unlikely to deter LPs.

Lest we forget, controlled environment ag is the sector that delivered the first billion dollar-plus agriculture fund in the private markets space since the end of 2019, when Equilibrium closed its CEA vehicle on $1.02 billion in July.

From the likes of Bill Gates to Credit Suisse, it seems every investor wants a piece – regardless of the bumpy rides AeroFarms and AppHarvest have had. That, so far, is the lesson Local Bounti’s SPAC is imparting about indoor ag.