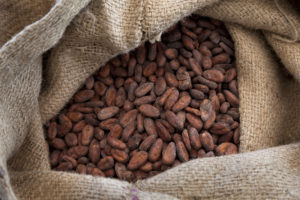 The Bamboo Capital Partners-managed Agri-Business Capital Fund has made an investment of an undisclosed size into Socak Katana, an Ivory Coast cocoa cooperative.

The investment will support Socak Katana’s 2,700 members by giving the cooperative the funds needed to buy cocoa from its members, which it then processes, transports and sells to local and international buyers.

A statement from Bamboo Capital Partners said the impact fund will further invest in cocoa cooperatives in the country, and it has a target of reaching 10,000 individual members through these investments.

The ABC Fund was launched by the International Fund for Agricultural Development in February 2019 with a combined initial first loss capital commitment of €50 million from the EU; the African, Caribbean and Pacific Group of States; the Luxembourg government; and the Alliance for a Green Revolution in Africa.

Financial details of the investment have not been disclosed, but upon the launch of the ABC Fund, Bamboo Capital Partners said in a statement that it “will provide loans below €5 million to local intermediaries and make direct investments below €1 million, principally in the form of loans.”

The fund is a blended-finance vehicle and has a fundraising target of €200 million.

Bamboo Capital Partners’ founder and managing partner Jean-Philippe de Schrevel said, “This [investment into Socak Katana] is the first step on our journey to transforming small-scale farming in developing countries and we look forward to announcing further investments in due course.”