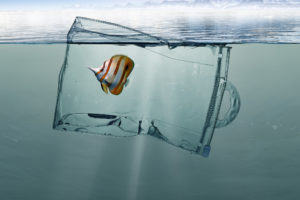 ADM Capital’s Cibus Enterprise Fund has made an investment of an undisclosed size in biodegradable plastics start-up Aquapak.

The Birmingham, UK-based firm has developed a novel polymer called hydropol. It uses an ingestible and soluble plastic called polyvinyl alcohol as its base material. Polyvinyl alcohol is commonly used for dishwasher tablet casings, ingestible pill casings and sutures.

Aquapak claims hydropol retains all of these non-harmful biodegradable properties, while being three times stronger than polyethylene, which is the most common plastic in use globally.

“[Aquapak] has a patented process for adding functionality to polyvinyl alcohol to allow us to use it in a much wider variety of uses at scale,” ADM Capital head of venture investments Alastair Cooper told Agri Investor.

“This is a plastic that is three times a strong as regular polyethylene, so you can use a third of it. Yet it has all the barrier properties and, in terms of end of life, it fully dissolves in water without any microplastics.”

Aquapak was founded as an R&D unit in 2005 and had its first year of sales in 2020. Cooper declined to share any annual revenue or production statistics.

The venture capital Cibus Enterprise Fund was drawn to the company because of the global plastic pollution problem. Approximately 30 percent of all plastic products developed globally are used in some part of the food value chain.

Hydropol food-packaging products under development include sandwich boxes, snack and convenience food packaging and dry pet food packaging. Hydropol is currently being used in other industries such as the fashion industry for garment delivery bags, in organic waste disposal, and by hospitals as laundry bags for infection control.

Aquapak signed a joint development agreement with British paper company DS Smith at the end of 2020 to develop new ways of using paper and cardboard such as coating them with a thin layer of hydropol to give them barrier protection, Cooper said.

“You can start using paper or cardboard for a whole range of your food and packaging uses,” he added. “The whole product at end of life can then just be thrown back into the paper recycling stream and the hydropol just dissolves within that pulping process and you can use the paper again. We’ve never been able to do that before.”

He said that ADM believes the product will be able to achieve scale because it is sold in a stable pellet form just like many other plastics, “which enables it to be used within industry standard thermo forming processes and equipment – that’s what’s key.”