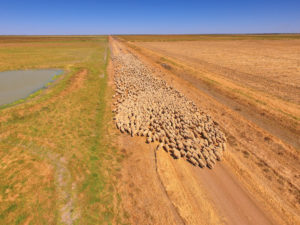 As we approach the end of 2019, it’s worth reflecting on one of the perennial questions in Australian agriculture: when will domestic superannuation funds start investing in the asset class at significant scale?

This time last year, the House of Representatives Standing Committee on Agriculture and Water Resources published a report following its months-long inquiry into superannuation investment into Australian agriculture. Appropriately titled Super-charging Australian Agriculture, it operated on the premise that investment levels from domestic funds were low, but noted that the reasons for this were “complex and contested.”

In a fairly damning statement in its conclusion, the report said: “The simple nature of superannuation fund investment logic and the requirement for funds to act in the best interests of their members, while also meeting the liquidity and return profit basis for investment, puts agriculture and that part of the investment market at odds.”

Take a look at some of the activity from both domestic and overseas funds this year and you begin to see how this is reflected in practice.

Last week we published an interview (part one here and part two here) with LGIAsuper’s new chief investment officer, Troy Rieck, who said that agriculture is a “little bit harder” to invest in than other asset classes like infrastructure.

“One of the classic discussions in superannuation in Australia has always been about the lack of investment by superfunds in agriculture,” he told us. “There’s endless discussions about [a collective industry fund vehicle for ag investment] but no one ever seems to bring a product to market – and some of the ones that have come to market haven’t always been as successful as people would like. So we chose to go a slightly different way.”

That different way has involved carefully selecting partners to work with, who take a slightly different approach to agriculture than, say, buying up traditional farmland (not that there is anything wrong with that).

One example he cited to illustrate this was the fund’s investment in Equilibrium Capital’s Controlled Environment Foods Fund – an agriculture investment, yes, but one where the presence of long-term offtake agreements and the ability to control the variability of production mean it displays characteristics that look very similar to infrastructure in many ways.

Agri Investor spoke to another superfund this week, albeit one not from Australia. NZ Super’s timber and rural portfolios manager Neil Woods told us the New Zealand fund was still targeting a 3 percent exposure to ag, despite holding steady at just 1 percent allocation throughout 2018-19.

The reason it hasn’t been able to get to its desired level yet? Ag is a “tough sector,” Woods said.

“Ag’s got pretty thin margins, so it’s really about finding the right opportunities in what we’re looking for – the right people and the right assets. Ag is so fragmented that it’s quite tough to find that initial stepping stone – and things that are built to the scale we want are pretty sought-after, hence fully priced.”

In an ideal world, Woods said, NZ Super would deploy the capital to get it to its 3 percent target allocation tomorrow, before immediately adding: “It won’t be tomorrow.”

NZ Super is looking both in its home market and in Australia for new opportunities – it already owns some cattle properties in Australia and is set to add another to its portfolio shortly – but its problems with the asset class (notwithstanding the capital it has deployed so far) sound very similar to concerns that are regularly expressed by others.

Yes, they all say, we’d like to deploy more capital into the sector, but we can’t find the right opportunities, both in terms of scale and quality.

Perhaps, a few years down the line, those scaled-up operations will be attractive to deal-hungry Australian superfunds, providing the perfect exit strategy?