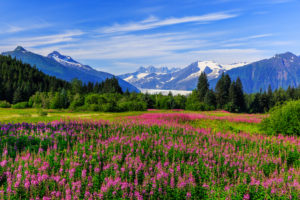 The Alaska Retirement Management Board (ARMB) has terminated the mandate of Hancock Natural Resource Group to manage its farmland and timber portfolios as part of a consolidation aimed at reducing fees.

The decision was finalized at a June meeting and came after a Callan Group review of ARMB’s real assets portfolio, which constitutes 13 percent of the pension’s total assets and includes real estate, energy and infrastructure alongside timber and farmland.

“Hancock has been a terrific manager for ARMB in both farmland and timberland, but we saw an opportunity to improve fee and cost economics of managing the assets by consolidating the accounts with other managers in the ARMB portfolio,” Sikes wrote. “For a number of reasons, we felt that the best decision was to terminate the Hancock accounts, but it was a difficult decision.”

Among the primary drivers for the decision to consolidate in farmland was a preferable “investment philosophy” offered by UBS and cost savings of $1.4 million per year, according to minutes from the June ARMB meeting.

“This recommendation was not being made because Hancock has done a poor job, but rather because [Callan] believe the UBS philosophy is more aligned with ARMB’s portfolio objectives, which are focused on lease space investing in row and permanent crops,” said the meeting minutes.

In February 2019, ARMB’s Board of Trustees approved changes to its farmland investing policy that increased its permanent crop target within its farmland portfolio from 20 to 40 percent and cleared the way for investments in directly-operated properties. At its meeting in June, ARMB adjusted its crop weights back to an 80/20 split  “more consistent” with its portfolio, which is comprised of 86 percent row crops.

According to a 2016 Hancock presentation, the “Northern Agriculture” farmland portfolio Hancock managed for ARMB was also guided by policy that no single NCREIF region receive more than 40 percent of investment and no single crop account for more than 30 percent of fund activity.

In June’s board discussions, Sikes said the operational risks of consolidating its timber portfolio under a single manager were manageable and acceptable given other benefits of consolidation.

“Hancock has done a good job for the ARM Board in acquiring properties in the Pacific Northwest, but they think TIR’s focus on the South and their search for value-added enhancements to the core of the portfolio of assets is a differentiating factor,” the minutes said.

Sikes acknowledged at the June meeting that there are trade-offs in losing access to different investment ideas and management practices for the benefit of reduced fees and operating expenses. Sikes said he had reflected about “why it is okay now to change” and concluded, in part, the reason reflected maturation in both asset classes.

“When they first started investing, particularly in farmland, that was on the cutting edge of institutional investors investing in the asset class, so it made sense at the time to have more than one manager,” the minutes’ author summarized Sikes as saying.

“Now, more than 15 years later, there is more transparency in those asset classes, and he thinks if there are other areas of the portfolio where there are potentially duplications of manager coverage, they should probably also consider collapsing those mandates to achieve some cost savings.”