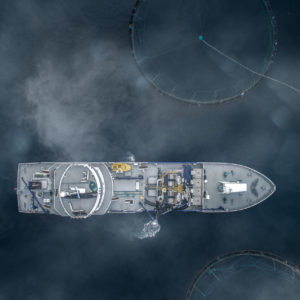 AMERRA Capital Management head of private equity Thor Talseth has stepped down from his role to establish Neptune, a private equity investment firm that will invest across the aquaculture value chain.

Talseth has partnered with boutique alternatives asset manager Stafford Capital Partners to establish the new company, whose head of agriculture and food Jos Boeren will sit on Neptune’s board. Stafford has more than $5 billion of assets under management.

As well as being an equity partner, Stafford will also provide back and mid-office services such as legal, regulatory and finance, as well as fundraising services.

Stafford provided the first closing capital of $33.5 million for the Neptune Aquaculture PE Fund (NAPE I), Boeren told Agri Investor, which is targeting $300 million and has already made its first investment.

The fund invested alongside AMERRA into AquaShip in October as a joint venture, which was not revealed when the transaction was announced. The value of Neptune’s investment was not disclosed.

Talseth will continue to work with AMERRA by serving as chairman of the board of the asset manager’s portfolio companies Andromeda Group and Biomega Group.

He told Agri Investor he founded Neptune with a desire to get closer to agriculture, having come from an operational background and served as CEO and chairman for public and private companies.

“As head of private equity, I covered land-based and sea-based food investments for AMERRA,” said Talseth. “My heart is firmly placed in the seafood camp. I wanted to focus on seafood since I’ve been around that sector for more than 20 years.”

Neptune will invest across the aquaculture value chain, covering areas such as wild catch, feed inputs, service technology and equipment. The firm will target six to eight platform companies in regions ranging from Europe, the US, Australia and New Zealand.

Talseth said that Neptune has four acquisitions in its pipeline which are now at “the due diligence phase”, adding that he “would be disappointed if we haven’t closed at least one deal in the first half of 2020.”

“We’re looking at well managed companies that can grow either organically or through M&A, to build businesses that are attractive for more generalist investors,” explained Talseth.

“[We want to] ultimately sell it as a larger and institutionalised company so that the generalist private equity funds, the sovereign wealth funds, the pension funds, the larger family offices are interested in taking a look at that company when we are ready to exit.”

Stafford Capital’s Jos Boeren said Talseth’s track record, the team he has been able to assemble and the global investment opportunity presented by aquaculture, persuaded his firm “to team up and support Thor on the launch of Neptune.”

“From a macro perspective, aquaculture represents growth,” explained Boeren. “It’s under invested from an institutional point of view and it’s very fragmented and mainly privately-owned.”

“The total investable universe of private aquaculture assets is more than $500 billion in size – our estimate is that there is less than $2 billion of institutional capital invested today. We therefore want to provide a point of entry for institutional capital, which is sorely needed to fund growth and inject operational best practice.”

Neptune’s senior advisory team includes Marianne Elisabeth Johnsen, who has more than 20 years experience in seafood sectors and is currently the chair of the board of the Norwegian Seafood Council. Also on the advisory team are Einar Walthne and Aichim Eichenlaub, who between then have more than 60 years’ experience in the space.