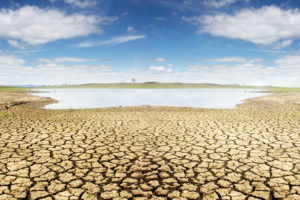 The drought in Australia’s eastern states is dragging farmer sentiment further down as those in the south and west of the country experience significant upswings in confidence, claims a Rabobank survey.

With 95 percent of New South Wales and 65 percent of Queensland remaining drought-declared, two in five farmers in NSW reported that they “expect conditions to worsen.”

“With no alleviation to drought conditions over winter in eastern Australia, it remains extremely challenging as farmers continue to feed stock at a high cost and prospects for the summer grain crop and cotton are looking bleak,” said Rabobank Australia CEO Peter Knoblanche in a statement.

He added that when the drought finally breaks, it will take time for the affected regions to recover. However, he pointed to low interest rates, the strength of the commodity markets and a weaker Australian dollar as factors that could aid the recovery.

“We saw this in Western Australia, with good June rains driving a turnaround in farmer sentiments, as it effectively put an end to the exceedingly dry conditions prevailing earlier in the year,” he said.

Rabobank’s report also noted that confidence in dairy was now outstripping that in all other commodities, with net confidence lifting to 22 percent, up from -1 percent in the June quarterly report.

“While confidence picked up strongly in dairy, it is a tale of two halves, with those in the southern dairy regions much more positive than those relying on brought-in water and feed, the cost of which is outweighing the improvement in milk prices,” explained Knoblanche.

The survey also found 53 percent of dairy farmers expected a better financial performance for their businesses in the coming 12 months, up from 38 percent on the previous quarter, while 64 per cent of those in the cotton sector expected a decline, up from 59 percent.

The Rabobank confidence survey questions an average of 1,000 primary producers across a range of commodities and geographies throughout Australia on a quarterly basis.