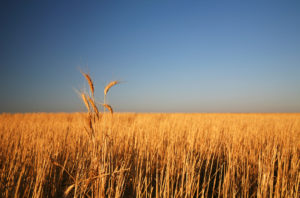 Australia’s winter crop is set to bring in just 27.7 million tonnes for the 2019-20 season, the lowest since 2007-08, due to ongoing dry conditions in much of the country.

The rural lender predicted that crop production will rise by 58 percent in Victoria, which has been less affected by drought than other states, 31 percent in New South Wales and 9 percent in South Australia.

But this growth will not be enough to offset drops of 31 percent in Queensland and 33 percent in Western Australia, with the latter the best-performing state in the previous 2018-19 winter cropping season. Production in Queensland in particular was expected to come in at around 500,000 tonnes, an “eye-watering” 72 percent below the state’s five-year average, the report titled Tough Times, Low Tonnes said.

Cheryl Kalisch Gordon, senior grains analyst at Rabobank and a co-author of the report said there could be “no sugar-coating” of the figures.

“Conditions this season have proved testing even for Australia’s ‘most valuable player of the year’ last season, WA. After starting the season on limited soil moisture, the WA crop got a good but late start and then kept up with just-in-time rainfall, only to be pulled back by a widespread and severe frost in early September, in between unseasonably high temperatures and low rainfall,” Gordon said.

The east coast will largely see a repeat of the poor yields of 2018-19, she said, with the exceptions of southern Victoria and central Queensland which have experienced near-average rainfall levels.

Rabobank said it expects to see a third consecutive year of below-average export volumes, too, with prices remaining relatively flat.

“This means the tough times are getting tougher and the tail of enduring impacts of the drought is getting longer,” Gordon said. “And these impacts don’t just apply to cashflow for growers – they also relate to stymied expansion plans, as well as growing soil and resource management challenges.

“This tough time for the Australian grains and oilseeds sector has reached the point where a break in the drought will just be the start of a now-long road to recovery.”

Rabobank’s forecast is more pessimistic than the most recent winter crop outlook published by ABARES in September 2019. ABARES has forecast winter crop production of 33.9 million tonnes for 2019-20, an increase of 11 percent on last year’s figure (30.4 million tonnes).

It also expects production in Queensland to be higher than Rabobank, at 732,000 tonnes, although this is still far below the five-year average.