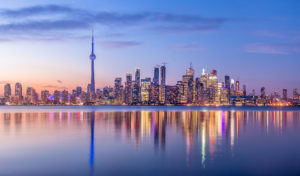 Canadian farmland investment firm Bonnefield Financial is launching an open-ended vehicle in response to growing demand from endowments and smaller pension funds, according to its chief executive.

That vehicle, Bonnefield Canadian Farmland LP IV, held a third close on C$80 million in August 2018 in support of a strategy focused on sale/leasebacks on row crop and permanent crop farmland in Canada.

As large Canadian institutions have increased their exposure to private real assets in recent years, Eisenhauer explained, real assets generally and farmland specifically have seen increased demand from public and private pensions, endowments and other institutions in Canada.

“What we are now seeing are a broader range of institutions – smaller as well as the larger ones – start to follow along,” he said. “The open-ended structure was just [the result of] feedback that we were getting from a number of institutional investors that preferred that approach.”

In 2017, said Eisenhauer, the firm similarly responded to demand from high-net-worth individuals to create an open-ended vehicle when it combined farmland assets previously  held within its first two closed-end funds.

The broader range of LPs active in the open-ended Fund V would also have differing goals for their farmland investments, Eisenhauer said. He added that Bonnefield does not plan to set any schedule for bringing investors into or out of the fund. Instead, according to Eisenhauer, the firm pledged to work individually with investors to manage their exposure and fundraise only opportunistically.

Eisenhauer said Bonnefield’s focus on partnering with family farmers, enhancing water efficiency and pursuing other environmentally friendly improvements to its properties had positioned it well to benefit from the increasing demand for ESG-minded investments. He added that this trend had also helped to boost demand for farmland investments among Canadian institutions.

“There is an enormous amount of pressure on these institutions from their clients – be they retirees or what have you – to really align their best-practices for responsible investing,” he said. “That is real.”

Eisenhauer said that expected internal rates of return for the open-ended fund were between 9 and 11 percent, net of fees.

In its annual farmland markets report released last month, Farm Credit Canada reported that increased valuations in all but one of Canada’s provinces had produced a cumulative growth of 6.6 percent in 2018, trailing the 8.4 percent figure for the previous year. Throughout the report, FCC highlighted the role of large agricultural producers in driving farmland market activity last year.