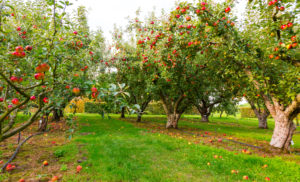 AcreTrader is part of a new cohort of crowdfunding GPs that are delivering a simplified way of investing in farmland for family offices, high-net-worth individuals and retail investors.

LPs sign up to the platform, scroll through the opportunities listed on the website and place a commitment that can range in size from between tens of thousands of dollars to over $1 million.

Launched in 2018, the start-up intends to use the capital raise to expand its 75-strong team, build out its platform and accelerate the launch of a “geospatial analytics platform that will provide real-time data on a given piece of land,” AcreTrader told Agri Investor.

Other players in the online farmland investment space include FarmTogether, FarmFundr and Farmland LP, among others. Some of these providers also have the capacity to work with a large investor on a bespoke deal through a structure that more closely resembles a co-investment.

To date, AcreTrader has deployed more than $250 million in farmland transactions since its first deal in 2019.

It’s largest deal was the Murray River Citrus Orchard, closed in Q1 2022. AcreTrader told Agri Investor the equity raise was over $12 million and the total deal size was nearly $30 million, including debt.

The start-up has acquired more than 20,000 farmland acres in total since its launch.

“We plan to expand further in Australia and are now cautiously evaluating a few other international markets,” the company told Agri Investor in response to a question about what impact the expanded Series B will have on its international plans.

The company has received backing from a range of investors including Narya Capital, Revolution’s Rise of the Rest Seed Fund, Jump Capital, RZC Investments and Revel Partners.

“The investors in our business bring a myriad of strategic perspective to our team,” AcreTrader said. “From technology, finance, agriculture and real estate, we’re lucky to have the depth of experience and guidance that we do from our investor partners.”