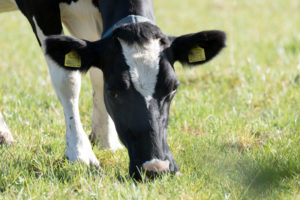 The EU’s ambitious farm-to-fork strategy is very much a necessary and progressive piece of policy development.

As the agricultural prong to the bloc’s Green Deal – which has the wider goal of making the EU carbon neutral by 2050 – it is loaded with several eye-catching sustainability targets, none of which can be tackled in isolation, nor will they be easy to achieve.

But it is the final target of the strategy – the goal of converting 25 percent of total EU farmland to organic by the end of the decade – which Dutch financial services group ING predicts could be the most challenging to achieve. More specifically, the dairy sector’s contribution to the target could throw a wrench in the bloc’s plans, said ING in an April report, because a careful balancing act will have to be struck between supply and demand.

“There have been some examples in the past that if you only stimulate supply without taking care of demand, then you get oversupply of products and prices then go down – that’s a big risk,” Thijs Geijer, ING senior economist for food and agri sectors and author of the report, told Agri Investor.

Transitioning from conventional to organic farming can take two to three years and comes with significant costs. Meanwhile, on organic farms, cow yields are on average 30 percent lower than on conventional farms.

This invariably means dairy companies that can process the milk and create added value will be needed in the supply chain, as well as retailers and caterers who see opportunities in marketing such products, along with a consumer base willing to pay a higher price point.

None of these realities is tackled by the farm-to-fork strategy, which is primarily concerned with creating organic supply, Geijer says.

In the background of this is the common agricultural policy, the EU’s agricultural financial subsidy and incentivization program, the latest round of which was due to come into effect in 2021 but has been pushed back to 2023.

The final shape the CAP takes could be crucial to achieving the farm-to-fork goals, given that it will be the biggest financial lever the bloc can use until 2030 (the next CAP mandate will run until 2029) to subsidize organic conversion costs and incentivize demand.

“In global export markets and commodities markets which are really price driven, it’s really hard [to find demand] and it could lead to organic milk being sold at conventional milk prices because there’s no one willing to pay that premium,” added Geijer.

With only 8.5 percent (13.8 million hectares) of total EU agricultural land being used for organic in 2019, which had only risen by 0.5 percent from 2018, the scale of the task is considerable.

Ensuring a joined-up approach with its subsequent Green Deal policies and developing solutions for stimulating organic demand will have to be high on the agenda.