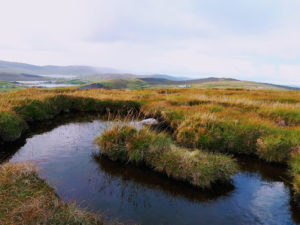 A joint venture between KKR-backed Resource Environmental Solutions and Ecosystem Investment Partners underscores how burgeoning environmental mitigation and restoration opportunities vary widely by state in the US.

The Atlanta-area properties were previously operated by Watkinsville, Georgia-headquartered ecosystem restoration firm Blueway, which was acquired by RES in a separate transaction for an undisclosed price.

RES will act as operator of the assets as it works with EIP through the JV to support and enhance existing assets and develop customized restoration projects in Georgia.

Bouillion explained the two firms have known each other for over a decade and RES approached EIP about a year ago after locating assets well-suited to a collaboration.

He said the joint venture’s focus on Georgia highlights that offset markets are most active where regulated natural resources like wetlands, streams and wildlife habitats co-exist with active economic development.

Throughout the country, he explained, lawmakers are exploring strategies to enlist private sector capital in “performance-based” ecological restoration projects that reduce flood risk or restore coastlines, with investors paid out over a five-to-ten-year period as environmental criteria are met.

“There is a growing recognition at every level of government that we need natural system infrastructure to help protect us. There is only so far we can get with built infrastructure,” he said. “It’s coming from policymakers at the governor’s level and at the secretarial level saying, ‘Our agency has a mission, we need to restore parts of our environment, how can I be a more thoughtful steward of the public’s dollars?”

RES has active performance-based water quality projects in Virginia and North Carolina and is pursuing a potential opportunity in Maryland, according to Hare.

“We’re talking about a really interesting space that clearly this federal administration is going to be moving into and that we are seeing a lot of states – both Republican and Democrat – moving in that direction too,” he added.

KKR’s 2016 majority investment in RES drew from KKR North America Fund XI, which closed on $9 billion in 2013. As of September 2019, RES was among four investments in an environmental services vertical valued at about $1 billion by KKR.

RES vice-president of corporate development Patrick Ryan – who spent three years as a Houston-based KKR associate before joining RES in January 2019, according to his LinkedIn profile – told Agri Investor the Redwing acquisition is part of an ongoing effort to bring scale to mitigation markets.

Though RES and EIP both continue to own and develop as well as operate mitigation assets, Ryan said, RES’ current focus is on strengthening its familiarity with specific regional communities and regulatory frameworks.

“The market is getting to a maturity where the specialization in either operating or being an asset owner is starting to bifurcate,” he said. “Something that we have struggled with before is there is a significant amount of capital to be deployed into ecological assets, but to be both an owner and operator of ecological assets potentially limits the scale of that institution.”

When EIP and RES started 15 years ago, said Dilks, mitigation banking was seen as only well-suited to small-scale impact investors. As the firm’s LPs have come to include larger institutions, including the $117.8 billion Washington State Investment Board, the scale of its projects has also grown.

“We are now collectively dealing with very large issues: restoring the Everglades, restoring the Gulf Coast of Louisiana. There are big, capital-intensive opportunities that require more institutional and larger institutional-scale, investors,” he said.

Because environmental restoration takes time and involves uncertainty, Dilks said, decision-makers around the country are attracted to the certainty offered by the approach EIP has developed through compliance markets.

“You might think you know the country and then all of a sudden, opportunities arise in places where you didn’t really realize there was resources that were protected and certain types of impacts that need to be mitigated,” he said. “It’s hard to predict exactly where the next opportunity will be because it is a big country; there are opportunities all over the place.”