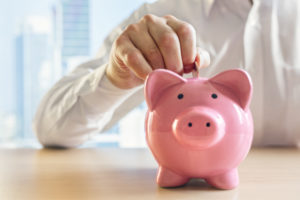 The filing was related to Folium’s application to act as an investment advisor in Massachusetts and California and revealed that the firm has solicited minimum investments of $5 million for three distinct funds focused on agriculture and three more vehicles devoted to timber.

The filing also shows that Folium has hired Boston-headquartered Monument Group to act as placement agent for the funds.

The Folium Agriculture Fund I had a gross asset value of $110,598,763 and 16 US-based beneficial owners as of late April, the document noted. Folium Agriculture Fund I Parallel – 2 had a gross asset value of $92,825,475 in late April, according to the filing, which reported that 99 percent of the nine beneficial owners of the fund were located outside the US.

All 13 of the beneficial owners of the third ag-focused vehicle, Folium Agriculture Fund I Parallel-1, are located in the US. The vehicle had a gross asset value of $94,190,163 as of late April, according to the filing.

For timber, the filings showed that in late April, the Folium Timber Fund I had a gross asset value of $112,559,851 and 19 beneficial owners, all of whom were located in the US. Folium Timber Fund I Parallel-2, appearing to contain capital committed by nine non-US person beneficial owners, had a gross asset value of $100,719,481 in late April.

A third timber vehicle, Folium Timber Fund I – Parallel-1 appears to contain commitments from 14 US-based beneficial owners that had a gross asset value $94,174,482 in late April.

In August, different filings revealed Folium to have raised $279 million across the multiple vehicles, seemingly reflecting distinct strategies for timber and agriculture. At the time, a market source told Agri Investor that the firm was seeking $250 million each for separate vehicles devoted to agriculture and timber.

Later that month, the $12.8 billion New Mexico Educational Retirement Board committed $30 million to Folium’s agriculture fund. Chief investment officer Bob Jacksha told Agri Investor at the time that the vehicle’s strategy would focus on crops including almonds, avocados and apples and that the commitment would complement NMERB’s existing exposure to North American agriculture with investments in the Southern Hemisphere.

According to the minutes of an August meeting of the NMERB Investment Committee at which that commitment was discussed, the Folium Agriculture Fund will target a net IRR of between 10 and 13 percent over a 10- to 15-year investment horizon.

“Folium’s primary focus would be on assets in premier growing geographies that are suffering from financial or operational distress. Folium will primarily focus on 12 preferred crop types that they expect to benefit from attractive supply and demand dynamics,” the document noted.

Given that Folium’s agriculture fund is among the firm’s first institutional vehicles, the meeting minutes reflect debate among NMERB officials as to how to perform due diligence without the benefit of a long track record to draw from. The minutes show that Howard Kaplan, then advising NMERB in his capacity as founder and president of Farmvest and consultant to Real Asset Portfolio Management (which was advising NMERB and was acquired by Hamilton Lane last year), relayed his experience working with the Folium team on a property in Chile while they were still at HMC.

The minutes reported Folium executives had communicated that they planned to continue working with the same property management team in Chile that they had used in HMC investments.

Former HMC and current Folium executives Alvaro Aguirre, Andy Wiltshire and Oliver Grantham attended the NMERB meeting in person, according to the minutes, and highlighted their intention to seek Global Gap and Rain Forest Alliance certifications to ensure conservation requirements are being met.

While at HMC, the executives on the Folium team said, they had made direct investments into 35 global platforms with local operators, according to the NMERB minutes, and come to focus on regions where rainfall is sufficient to improve yield variability over time without causing water prices to rise, as they have in Southern California.

“Mr Aguirre said they have current investments in Chile and plan to remain there,” according to the minutes. “They are also working on projects in California. He said they will likely be in Australia, as they have been there in the past, and in Portugal and Spain.”

Folium representatives did not reply to messages seeking further detail by press time.