Hassad Australia, a subsidiary of Qatar Investment Authority’s Hassad Food, is set to announce a major change of strategy involving the disposal of the majority or all its assets, Agri Investor understands.

The company has divested several of its Australian properties in the past 18 months, including Victorian grazing enterprise Telopea Downs, sold for a fee believed to be around A$70 million ($51.5m; €44.6m).

The rest of Hassad’s Australian portfolio is set to be broken up and sold to more than one buyer, with Lawson Grains, the organization owned by investors in Macquarie Crop Partners, poised to take on some of the assets in Western Australia, according to sources familiar with the firm. A formal announcement of the sale is expected in the coming weeks.

Hassad Australia may retain a stake in some of the properties it is divesting but will refocus on the agricultural supply chain as part of its strategy to increase Qatar’s food security, in line with its original goals when Hassad Food Company launched in 2008.

Multiple sources have told Agri Investor that the portfolio is on the market and set to be broken up, with one investor confirming they had been asked if they were interested in purchasing one or more properties. It is thought the firm is likely to make a substantial return for QIA from the sale of its assets.

None of the properties have been publicly advertized for sale, so it is unclear how the sale process is set to meet the latest Foreign Investment Review Board regulations should any properties be purchased using overseas capital. These state that any properties purchased by foreign buyers must first be advertized for more than 30 days via an “open and transparent” process.

In total, the portfolio covers more than 104,000 hectares of land.

Prior to Telopea Downs, the company had sold several properties in 2017, including the 125,000-hectare Clover Downs Aggregation in south-west Queensland and the 8,500-hectare Raby Station near Warren in NSW. 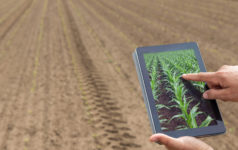