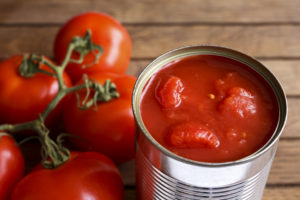 The fund manager’s $56 million investment into the business is mostly in the form of a primary capital cash injection, Lahmar confirmed, which will allow the business to improve its export position by expanding its workforce and production capacity.

“[SICAM] already exports to a number of countries and markets but it’s relatively small as a contribution to their total business,” said Lahmar.

“We see, especially in the current environment, a huge opportunity for them to accelerate that international export strategy and we intend to help them do that.”

The investment was made by the asset manager’s Africa Development Partners III Fund, which exclusively invests across Africa and targets businesses focused on catering to the continent’s emerging middle class. Lahmar declined to discuss details about the fund, which is currently at fundraising stage.

According to the Swiss Investment Fund for Emerging Markets, ADP III is a 2019 vintage and has a target size of $800 million. SIFEM has invested $15 million into the vehicle.

Lahmar said the fund’s portfolio will be comprised of businesses from a range of sectors, of which agri is one. He did not specify a target allocation but explained that the firm places market exposure caps in the region of 20-30 percent on its funds to ensure sector-wide diversification.

SICAM is a wholly-owned subsidiary of the Bayahi Group, a Tunisian conglomerate. The company produces a variety of tomato-based canned products and condiments such as harissa.

The agribusiness does not have a significant farming operation of its own, confirmed Lahmar, as “99 percent of what they process is sourced from third-party farmers with whom they have a strong partnership and multi-year contracts.”

SICAM also has a subsidiary called SICAM Agri, added Lahmar. “[It] has a team of around 20 agri engineers who work with farmers, build a strong relationship through a farmer outreach program, help them improve their yield and income and thereby secure a larger supply of raw materials, which is key to [SICAM’s] growth potential,” he explained.

DPI has total assets under management of $1.6 billion spread across three generations of the African Development Partners funds.