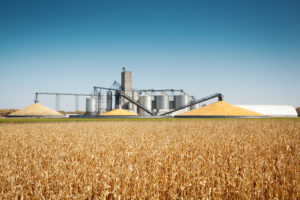 Gladstone Land Corporation has acquired approximately 3,850 acres of farmland across two Nebraskan counties in a deal worth $14.7 million.

Based in Hayes and Hitchcock counties, the farms grow corn and soybeans and will be converted into organic farmland by 2021.

Gladstone Land managing director Bill Hughes said the company was “making a concerted effort to acquire or develop more organic crops” in its farmland holdings, and believed the acquisition fitted into that strategy.

David Gladstone, president and CEO, said: “An interesting aspect of these purchases is that the company [Gladstone] will be assisting the farmers in their transition from conventional ground to organic certification of the farm.

“The organic certification is expected to result in the farmer receiving premium prices for the crops, which will, in turn, make the farm more valuable. With the demand for organic food continuing to grow, the acquisition of these farms is evidence of [Gladstone’s] continued focus on this investment strategy.”

The publicly traded REIT has entered into 10-year triple-net lease agreements on both farms with Granstrom Farms, a tenant with which Gladstone has not worked before.

“Having a presence in this area will not only give us a great new relationship with one of the top growers in the state, but will also give us exposure to potential new crop types for our farmland portfolio,” added Hughes.

In a Q1 earnings this year, Gladstone said it expected to deploy as much as $200 million over the course of 2019 after experiencing a slow start to the year in terms of acquisitions.

Deployment of capital picked up in Q2 and Q3 as the REIT spent $28.6 million and $33 million in two separate pistachio farm deals in California, acquired a $7.8 million blueberry farm in Michigan and a $9.2 million California olive ranch.