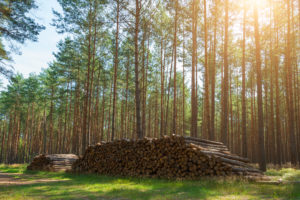 Gresham House Forestry has held a £127 million ($173 million; €148 million) first close on its Forest Growth and Sustainability Fund, which was launched in June.

The fund will acquire existing forestry to generate income and will plant 10,000 ha of new woodland to deliver capital growth and “enable the sequestration of carbon and generation of carbon credits,” the firm has said in its statements about the vehicle.

LPs will partly receive distributions in the form of carbon credits which they can sell to generate revenue or retain for insetting. Carbon offsetting involves investing in or acquiring credits derived from carbon reduction activity that may occur outside a company’s direct or indirect operations while insetting refers specifically to reductions that are directly related to a company’s operations either by geography, production or commodity.

“The fund is targeting a total fund raise of £300m which will be deployed over a two-year period – we have a strong pipeline for the second close and expect the fund to reach its cap in a relatively short time frame,” Gresham House managing director of forestry Olly Hughes told Agri Investor.

The fund will seek to deliver a net IRR of 6 percent across its 20-year term with distributions starting in 2026, according to a marketing document seen by Agri Investor. The 6 percent IRR figure relates only to “pure forestry returns,” a Gresham House spokesperson clarified, while “any carbon credit will be in excess of this return target, creating upside potential.”

Agri Investor revealed in March that the firm will launch up to four new timber funds in 2021, one of which is the UK-focused Forest Growth and Sustainability Fund.

The remaining three vehicles will make up the GP’s international strategy, managing director Olly Hughes told Agri Investor, including an Australasia Forest Fund pursuing commercial forestry opportunities in the region. Gresham House was confirmed as the manager for AXA IM Alt’s new 24,000ha timberland property in Australia at the end of July, which AXA acquired for more an A$700 million ($514 million; €433 million) from funds managed by Global Forest Partners.

Gresham House will also launch the second iteration of its Forest Carbon Fund, which will target jurisdictions with compliance emissions trading systems, such as New Zealand and California.

The fourth fund the firm could launch this year will be a Europe Forestry Fund, which will focus on opportunities in Northern Europe. Forestry investment director David Gardner, who joined Gresham House in June 2020 from US timberland investment firm Global Forest Partners, will lead the firm’s international strategy.

“While the market historically has demonstrated strong performance and turnover, there is undoubtedly increased interest from a much wider spectrum of investors who are seeking long-term real asset investments – especially in sectors that demonstrate strong ESG credentials,” Hughes said.

“Forestry and timber sit squarely in this area and as such we would expect to see a continued increase in market activity. Demand for carbon credits is increasing investor appetite for woodland creation schemes.”