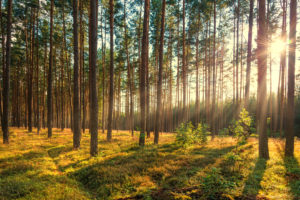 The vehicle will seek to make acquisitions in Europe, Australia and New Zealand, as the firm scraps its previous plans to launch a single fund for each of the three jurisdictions.

The global fund will also seek out assets that can deliver carbon credit revenue, in addition to its core forestry strategy, which will form the bulk of the vehicle’s portfolio.

“[It will have] a solid base in conventional forestry, which is a pretty stable asset class, but it would then give investors an opportunity to enter the credit market in a different way than if you just take a pure carbon fund, which is actually quite a high-risk business because there’s so much policy risk in it,” explained Gardner.

“We feel that if you blend the forestry and credits together, that gives us a very solid risk adjusted return, which allows upside on the credit, but it’s fundamentally based in forestry, which is a pretty sound and robust asset class.” Gardner added that the firm has not ruled out a separate carbon vehicle in the future.

Gresham House has also completed the acquisition of a 25 percent stake in a New Zealand forest carbon portfolio, which is made up of eight forests covering more than 12,000 hectares.

The assets are enrolled in the country’s government administered emissions trading scheme and are “permanent forests,” which means they will not be harvested.

Capital for the investment was drawn form Gresham House Forest Carbon (NZ) LP, which is a standalone vehicle that was raised in 2021 from a group of UK-based institutional investors specifically for the investment, Gardner confirmed. He declined to disclose the size of the vehicle or any financial details related to the acquisition.

The fund’s LPs can expect a return of between 6-8 percent, added Gardner, and all returns will be delivered in the form of monetary value. The firm’s £300 million ($424 million; €348 million) UK-focused Forest Growth and Sustainability Fund has a mandate to deliver part of its distributions in the form of carbon credits.

The Forest Growth and Sustainability Fund held a £200 million second close in December, with Gardner confirming the vehicle is on track to complete fundraising by the end of Q2.