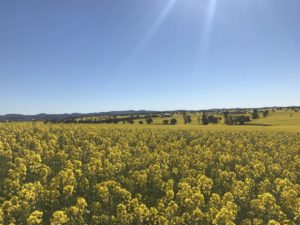 Last month saw the launch of the WA Impact Fund, a new closed-end vehicle managed by Impact Investment Group. It’s the latest sign that sustainable investment opportunities in agriculture are generating revenue and attracting a wider pool of investors.

The fund is being anchored by a A$20 million ($13.79 million; €12.46 million) commitment from WA Super, representing the Western Australian superannuation fund’s first foray into agriculture as an asset class as well as impact investing as a strategy, with further commitments being sought from other investors.

IIG head of product and strategy Jeremy Burke told Agri Investor that “patient capital” has a major role to play in helping regenerate degraded soils and sequestering carbon, and the fund’s term of 20 years with the possibility of an extension certainly supports that aim.

The fund will partner with Tiverton Agriculture and its own Agriculture Impact Fund on investments in the state, which has itself been busy building out a portfolio of regenerative agricultural assets.

One of its more notable investments in Australia saw Tiverton partner with US-headquartered non-profit organization The Nature Conservancy earlier this year. The pair acquired two cattle stations in New South Wales in a deal billed as one of the highest-value land-for-conservation deals in Australian history.

At the time, TNC country manager Rich Gilmore told Agri Investor: “There’s a prevailing belief in land management, and in the Murray-Darling Basin in particular [where the cattle stations are located], that says it’s a binary choice between agricultural productivity and nature.

“That view is not only unhelpful, it’s unnecessary. We can grow food and fiber in balance with nature.”

It’s this view that underpins the impact investment strategy of the WA Impact Fund and other strategies like it that are growing more prevalent.

Financial returns are of course still paramount – these funds are not charities after all. But there is an increasing belief that positive social and environmental outcomes can be achieved alongside private equity investment in agriculture. It also signals a way in to the sector for those LPs who might otherwise have struggled to make the numbers stack up.

As WA Super chief investment officer Chris West said on the launch of the WA Impact Fund: “If agriculture could be done successfully, it certainly should be part of the mix in a diversified real assets portfolio. We just haven’t been able to successfully implement that to date.”

There is obviously something in the impact investment strategy presented by the fund that has convinced WA Super there is a way to invest in agriculture, which both generates financial returns for its members and improves the environment in which those investments exist.

In Australia, with continuing drought and increasing public concerns over the distinct issues of climate change and animal welfare, being able to demonstrate that agricultural investments can give back to communities will provide managers with an additional way to make the case that this is an asset class worthy of note.

It will be worth watching this fund, given its explicit impact investing mandate, to see how it gets on in the agriculture space, and to see whether the model might be replicable in Australia’s other states and territories.