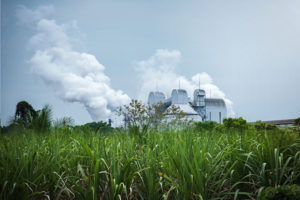 “We’re seeing the vast majority of what we do to be direct relationship, although we are getting much more excited about ecosystem partnerships,” Austin, Texas-based Allen said. “As ag carbon credits mature and Indigo matures within that ecosystem, I fully expect a greater emphasis on partnership relationships.”

Allen explained that because 2020 was the first year Indigo began trading credits, its sales at this stage are binding agreements to deliver credits that will have been validated by a third-party registry. That process will be finalized later this year after analysis of data submitted by farmers managing more than two million acres across 21 states enrolled in Indigo’s program is completed.

The company announced its first sales of carbon credits at a price of $20 per ton of CO2 sequestered and abated in November, to a group of buyers that included Boston Consulting Group, IBM and JPMorgan Chase.

Buyers are not required to pay for the credits until after the financial instrument resulting from that registration has been received, Allen added, though the price is guaranteed to stay the same.

“Ultimately we do think it will get more transactional, but the demand to date is beginning to outstrip our ability to supply it, which means that forward contracts are the best scenario for customers that are looking to get access to supply that potentially could be constrained,” he said. “They take inventory risk if they wait.”

There are currently three main ways buyers and sellers in the market for ag-derived carbon credits are connecting, according to Allen.

Some companies have issued requests for proposals with specific parameters for agricultural carbon sequestration. Most of these RFPs have been private and on an invite-only basis, Allen said, highlighting Microsoft as an example of an open process carried out publicly.

The second and most active channel for Indigo at this stage, said Allen, is direct outreach between it and various corporate buyers. The partnership Boston-headquartered Indigo established with Anheuser-Busch in 2019, he explained, was the result of direct outreach and is an example of the type of partnership he expects will become more common as companies look to advance climate change mitigation strategies more rapidly.

The third option currently available for potential buyers, according to Allen, is existing exchanges that facilitate transactions in voluntary credits from projects that have already been verified. Such marketplaces that allow customers to see inventory of existing credits and bid on it is a well-understood framework, he said, and will always have a role somewhere in the overall mitigation market.

In some cases, those platforms have partnered with networks of global brands and corporates they advise on emission mitigation. Indigo’s February announcement revealed that Greenbrae, California-headquartered Cool Effect is the only such platform that has to date secured future inventory of Indigo credits.

Allen said that while it is too early for conclusions about any emerging preferences by sector or company among the options available, it is already clear buyers draw on their core competencies in evaluating how to integrate agriculture into carbon reduction.

The wide variety of companies actively exploring carbon credits, he added, reflects growing interest that has also drawn the attention of the Biden Administration. Allen highlighted USDA secretary Tom Vilsack’s discussion of a carbon bank during confirmation hearings as the most prominent public discussion of agricultural carbon capture to date, adding he is encouraged by bipartisan support for a mitigation approach designed to support rural incomes.

Among issues USDA could provide more clarity on, he said, is how best to address criticism the voluntary market’s preference for “additionality” – practice changes that would not otherwise occur – disadvantages producers who have already been farming regeneratively for longer than the five-year period widely used a cut-off.

“The idea that additionality is important to the market is not a concept that is going away, so we don’t work to get around it, but we do work within that concept,” Allen said. “It is a challenge for farmers that have been fully regenerative for over a decade and we’re working with those communities to see what’s possible. Even those communities that have made changes previously can still make additional changes going forward to open up future opportunity.”