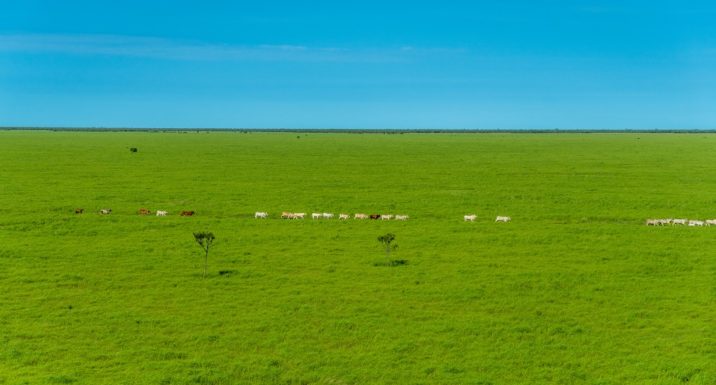 Australian retail billionaire Brett Blundy has placed a second Northern Territory farmland aggregation up for sale, with the divestment of both assets set to fetch more than A$550 million ($384 million; €354 million).

Blundy and his business partners Jane and Scotty Armstrong have listed the Beetaloo Aggregation for sale, billed by agent Colliers International as “Northern Australia’s most developed cattle property.”

The asset, located on the north-western end of the Barkly Tablelands, spans 1,054,700ha and is being offered on a walk-in, walk-out basis with approximately 72,000 head of branded cattle included.

Colliers head of agribusiness Rawdon Briggs said that offers of more than A$300 million would be considered for Beetaloo, citing its large size; its position near the Stuart Highway, which offers options for live export via the Port of Darwin.

“The carbon offset opportunity across 1.05 million ha cannot be overstated,” Briggs added, saying that Blundy and the Armstrongs had decided to sell to pursue other opportunities, after completing a development program across the aggregation. That program has seen the installation of significant water infrastructure, fencing and laneway development.

The asset joins the Walhallow Aggregation on the market, also owned by Blundy, which was relisted for sale in 2022 after negotiations on a deal fell through. Walhallow is expected to sell for more than A$250 million.

Commenting on the potential for one buyer to take both properties, Briggs said: “I think both could go as one deal with two different settlement dates – but it is more probable that we will have two different bidders.”

The Beetaloo aggregation is one of the largest assets to hit the market in Australia in recent years. It would offer instant access to a large herd of beef cattle for an investor looking to enter the sector, or to another looking to broaden their existing exposure to Australian livestock.

Colliers Agribusiness is selling Beetaloo via an expression of interest campaign.