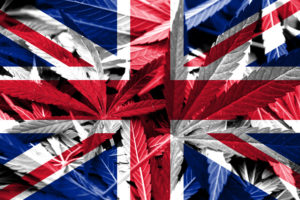 Cannabis is big business. Its legalization in Canada has stimulated a wave of further legalizations (principally in relation to medicinal cannabis) across the US and other parts of the world. While projections vary, a Barclays study published in September 2018 forecast that the global legal cannabis market could be worth $272 billion by 2028.

There is significant investor interest in this new market but this has been, until now, predominantly met by retail investors, particularly in the domestic Canadian market. Canada has also seen numerous IPO offerings, but the floating of international businesses has not, so far, followed suit to the same extent. It is still a very young market and potential legal impediments have stymied access to bank and investor funds in multiple jurisdictions.

While there have been significant changes in legislative and regulatory oversight on a state and jurisdictionally-specific level, overarching UN drug treaties and analogous drug control legislation have not kept pace with the underlying change.

In the US, while various states have legalized the production and use of medical/recreational cannabis, it remains illegal (schedule 1 of the Controlled Substances Act) at a federal level.

This overarching legislation causes problems: cross-border/state supply and trade falls under the auspices of federal law, and the continued illegality at the federal level brings into play money laundering legislation. Investment and the movement of funds to and from any cannabis-related business could potentially be classified as the proceeds of (or promoting of) an unlawful activity.

While there has been no move to downgrade or declassify cannabis from the Controlled Substances Act, two proposed laws should significantly assist cannabis-related businesses. The SAFE Act and the STATES Act will allow depository institutions and financial institutions to provide financial services to cannabis-related firms, which are regulated under their relevant state laws. With this hurdle removed, the market should significantly improve.

In the UK, all cannabis-related activities were illegal by virtue of their listing under the Misuse of Drugs Act 1971. However, following support for a change in law, new regulations were introduced wherby certain medicinal cannabis products were rescheduled, enabling specialist doctors to issue prescriptions for cannabis-based medicines.

These changes are a clear improvement. However, in the UK, it still remains illegal to cultivate, produce, supply and possess cannabis products without the appropriate Home Office licenses.

This affects activity in the UK but also has ramifications for investment in overseas cannabis businesses, as it brings anti-money laundering legislation into play, pursuant to the provisions of the Proceeds of Crime Act 2002 (POCA). Investment and the movement of funds to and from any cannabis-related business, regardless of whether it is legal in its home region, could potentially be classified as the proceeds of crime or promoting an unlawful activity.

This veil of illegality over otherwise legal overseas activities has previously been recognized as being too broad in its potential application. Accordingly, changes were made to limit the unintended remit of POCA. The Serious Organised Crime and Police Act 2005 (SOCPA) specifically excludes activities that are legal in other jurisdictions, such that the proceeds of this conduct will not constitute “criminal property” in the UK (the Overseas Conduct Defence).

However, in order to limit the effect of this on potential money laundering offenses, new legislation was necessary. As a result, the Money Laundering: Exceptions to Overseas Defence Order 2006 was introduced.

The effect of the order in conjunction with SOCPA means that one of the requirements to fall within the SOCPA exemption, is that the activity carried out abroad that’s being invested in (which is illegal in the UK) must be punishable by a prison sentence of less than 12 months, had it occurred in the UK.

This seriously affects any investment into legal cannabis businesses, as the offenses of cultivation, production and supply of cannabis products are punishable by a prison sentence of up to 14 years, while possession could carry a five-year sentence.

There are, however, certain defenses to a POCA prosecution and a wider question as to whether POCA actually applies to investment in an otherwise legal (in its operating jurisdiction) cannabis business.

Under section 329(2)(c) of POCA, a person is not guilty of acquiring, using or possessing criminal property if they acquired such property for “adequate consideration” (a price significantly less than its true value). Purchasing shares in a listed company would be adequate consideration, as should be the dividends flowing therefrom. It should be noted that this defense does not apply to offenses under sections 327 and 328 of POCA.

There is also no offense under POCA where a person makes an authorized disclosure through a suspicious activity report (SAR), providing details of the proposed investment or activity, and they receive consent (or deemed consent if no reply is received within seven working days) from the National Crime Agency.

The problem with this system is that it currently does not provide blanket consent. Technically, you would need to submit an SAR for each action taken in relation to the “criminal property” (property which a person has directly or indirectly benefitted from as a result of criminal conduct).

A wider issue is whether there is criminal conduct at all (defined as any conduct which constitutes an offence in the UK). By way of example, an investment is made in an overseas (medical only) cannabis cultivation business that is properly licensed and regulated in its jurisdiction. Under POCA, this conduct may be viewed as an offense on the basis that such investment had been “deemed to occur” in the UK.

However, it is only an offense if the deemed investment was into an unlicensed cultivation business in the UK. The overseas business is licensed in its jurisdiction and, if it were operating in the UK (which it is not) would have presumably applied for a Home Office license to operate legally. POCA’s statutory transposition of actions is artificial and unrealistic; there cannot be literal equivalence.

It is unlikely that POCA will be amended for one particular industry, but prosecutorial guidance could be issued clarifying this area, giving welcome relief and allowing investment in the space to flourish.