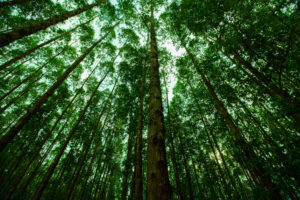 This summer has been a good one for the timberland asset class when viewed through the prism of private markets.

In terms of capital raised, TIR Europe’s $200 million close in July, Stafford Capital Partners’ $695 million close in early August, along with a $173 million first close later that same month by Gresham House, shows an asset class that recorded just over $1 billion in commitments.

On the deal side, AXA IM Alts acquired 24,000 ha of Australian timberland from Global Forestry Partners in a A$700 million ($514 million; €433 million) deal. Hancock Natural Resources Group, meanwhile, acquired 89,800 acres of timberland in the US state of Maine, as well as the land use rights to 43,332 ha of Brazilian timberland in a separate deal.

The values of both Hancock deals were undisclosed but if we make a conservative assumption about their purchase prices – taken in tandem with the A$700 million AXA IM deal – that is potentially another $1 billion deployed in timberland during the summer, as all three deals were confirmed in August.

What does this tell us? At the very least, it provides evidence that the widely anticipated LP interest in timberland, which of course has high sustainability credentials, is being converted into tangible commitments. TIR Europe took more than half (roughly $120 million) of its $200 million final close figure from new investors, while Stafford was helped along by a $150 million commitment from the historically timberland-shy National Pension Service of Korea.

With regards to the nature of the deals being closed, there’s something to be read into there too. Hancock’s Brazil deal is part of the Manulife Investment Management subsidiary’s LatAm expansion strategy, which saw it enter the Chilean ag market in January and further commit to Brazilian forestry with a 12,874 ha eucalyptus plantation deal in March.

The larger 89,800-acre Maine deal, which was labeled an “impact-first” investment by the firm, is perhaps more revealing of what LPs want and how GPs are responding.

Manulife private markets chief sustainability officer Brian Kernohan told Agri Investor the investment will “definitely inform” the strategy of a vehicle that is still in development, which could offer the timber and ag sectors to investors “specifically for the purposes of mitigating climate change.”

Hancock chose to pursue a forestry-based impact-first investment in this instance instead of an agriculture-based one because the forestry-derived carbon market is more mature, Kernohan said.

“There has been a lot of work to perfect the rules of accounting for carbon and the science of understanding carbon in trees,” Kernohan added. “It’s generally a more advanced asset class when it comes to carbon. Agriculture is fast moving in that direction relative to soil carbon, however we do believe that agriculture is a little bit further behind.”

Last, and by no means least, AXA IM Alts’ A$700 million investment is noteworthy, first, for its sheer size – it is the biggest forestry deal in the country in more than a decade.

More intriguing, however, is AXA IM’s choice of asset manager for its new purchase. British GP Gresham House, which has no prior experience of managing forestry assets in Australia, was selected ahead of local competitors. The choice clearly has something to do with the firm’s recruitment of David Gardner as chief investment officer in June 2020, who joined from Global Forest Partners – the company that sold the assets to AXA IM.

And looking more closely at Gresham House, this is a firm that is planning its own Australasia Forest Fund to be launched later this year, along with a further two international forestry vehicles in addition to its UK vehicle, which secured a $173 million first close in August.

As Hancock’s exploration of whether the asset class can be offered specifically for the purposes of mitigating climate change shows, along with Gresham House’s expansion plans, there’s plenty of demand for strategies that can offer a credible pathway into the sector.