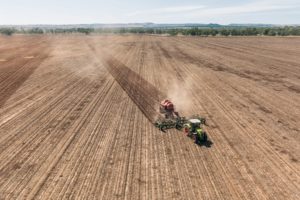 Macquarie Infrastructure and Real Assets has closed capital raising on its third agriculture fund after reaching its hard-cap of A$1 billion ($671 million; €613 million), Agri Investor understands.

The fund, which was established in 2017 and has a 15-year term, is a cropping strategy focused on both row cropping such as wheat and other grains, and permanent cropping assets including avocados and other crops.

It is understood that deployment on the fund is well advanced.

Assets in the fund are managed by the MIRA-owned operating company Viridis Ag. According to its website, Viridis Ag manages 10 properties across New South Wales, South Australia and Western Australia, collectively covering more than 94,400 hectares.

The A$1 billion fund has a mandate to target improved on-farm energy efficiency and a reduction in carbon emissions, focusing on reducing energy intensity on a per unit of production basis and delivering improved operational, financial and environmental efficiencies across its portfolio.

One known investor in the fund is the Clean Energy Finance Corporation, which committed A$100 million in February 2018 in its first equity investment in the agriculture sector.

MIRA has established a specialist Energy, Emissions and Efficiency Advisory Committee, called 3EAC, involving MIRA, the CEFC (as an investor in the fund), and the Commonwealth Science and Industry Research Organisation, according to a source familiar with the fund.

The 3EAC will work together to develop clean energy models that can be shared and used across the farming sector.

It advertised two of the properties for sale that were managed by Viridis. The Canowindra aggregation in NSW was sold for around A$21 million earlier this year, while MIRA is understood to still retain ownership of the Cummins aggregation.