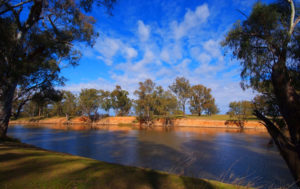 The value of water in the Murray-Darling Basin has risen to unprecedented levels due to continuing dry conditions and structural shifts in the sector, reveals the annual Aither Water Markets Report 2018-19.

The average monthly allocation price across the year was between A$375 and A$460 per ML, depending on the trade zone.

“In terms of allocations, this is the most sustained high prices that we’ve seen,” Aither co-founder and director Chris Olszak told Agri Investor.

“We have seen prices in the Murray-Darling Basin peak before at about A$1,000 per ML during the Millennium Drought, but that was only for a few months at the start of one of the really dry seasons and then things tailed off as allocations improved. We’re really heading into uncharted territory here.”

Aither’s estimated total value of commercial allocation trade in the southern MDB for 2018-19 was A$566 million, tripling the firm’s 2017-18 estimate of A$189 million.

The Aither Entitlement Index, which tracks the relative performance of a group of major water entitlement types across the southern MDB, increased by 24 percent across the water year in 2018-19 and rose in every month except March. The AEI has recorded a compound annual growth rate of 11 percent in entitlement valuations in the last five years, with an 8 percent compound annual growth rate since the AEI’s inception 11 years ago.

In addition, Aither estimated that the total value of major entitlement types on issue in 2018-19 was A$22.7 billion, up from A$6.8 billion, when Aither issued its first annual Water Markets Report six years ago, according to Olszak.

“Reflecting rapid price increases over the past four years, Aither estimates that the combined value of major entitlement types held for consumptive use have more than doubled since 2014-15, and are approximately 3.7 times the value of the market’s low point in April 2013,” the report said.

Olszak said that entitlement values are now “well above” the previous all-time high values seen during the Millennium Drought and are continuing to grow.

“The entitlement prices are basically more than double what they were at the peak of the Millennium Drought, which was the last peak when the Commonwealth was purchasing a lot of water – they are at record highs,” he said.

The sustained high prices for both allocations and entitlements was a “combination of cyclical factors like drought, but also due to structural changes within the market”, Olszak said.

“It’s based around increased demand, new developments with high willingness and capacity to pay for water, investment in on-farm irrigation efficiency, and reduced water available in the consumptive pool – all of these factors are coming together to push water prices up.”

Olszak added that Aither has been “continually surprised” at the sustained growth in entitlement prices in particular, arguing that much of this had been driven by continuing strong commodity prices that horticultural producers and cotton growers have taken advantage of. Continuing access to low-cost capital has also helped drive prices up.

The Almond Board of Australia earlier this year called for a moratorium on the issuing of water licences for new developments in the southern MDB, due to growing concerns over water shortages.

Sunrice chairman Laurie Arthur told Agri Investor in June that “the continued unsustainable expansion of permanent plantings will produce a crash, caused by the next significant drought or international commodity over-supply”.

Investors in water entitlements, though, have benefited hugely from the large value increases seen in recent years and water investors have told Agri Investor that there is still room for prices to increase further. For the 2019-20 water year, Olszak sees little prospect of prices coming down.

“In terms of entitlements, we’re not seeing any sign of a slowdown in terms of their appreciation. There’s a bit of a two-paced change going on in that market, where there’s really high value being placed on high-security entitlements, particularly those held below the Barmah Choke on the Murray in South Australia, Victoria and New South Wales, which is where that horticultural demand is of most importance.

“We’ve seen less demand for NSW general security entitlements, and those prices are stagnating at best, so it’ll be interesting to see what happens to the value of those entitlements with low allocations,” Olszak said.

In the allocation market, trade constraints limiting the amount of water that can be taken from the Goulburn and Murrumbidgee rivers, as well as above the Barmah Choke, mean that a “hotspot” has developed in the Murray river system below the Choke, where demand from horticulturalists is strong.

“If those trade constraints stay in place, there needs to be a pretty big turnaround in allocations for any kind of reduction in price – and in fact we’re seeing prices continue to go up in many areas,” he said.

Olszak also sounded a note of caution for investors. “There will be a point at which it just becomes unprofitable to purchase entitlements, so the extent to which that capital appreciation can continue is up for debate,” he noted.

“And for those horticulturalists who are short of water, there are challenging times ahead. Many of them have taken active steps to manage their risk and it’s important that they continue to do so over multiple years.”