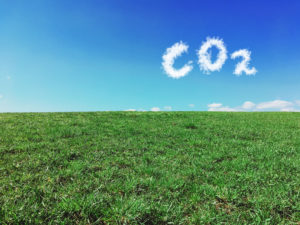 Peoples Company enrolled 20,000 farmland acres in a CIBO Technologies program designed to monetize ag-derived carbon credits on its own and third-party marketplaces.

The CIBO Impact platform provides an interface for growers to manage and monitor agricultural land in regenerative incentive programs. It quantifies and generates credits from carbon sequestering changes made to farming practices, and offers corporates and investors an automated system to monitor supply chains and buy carbon credits.

“We’ve been looking for a way to get our acres enrolled in a program where we can take advantage of some of the carbon markets,” Peoples Company president Steve Bruere told Agri Investor. “Obviously, there’s a lot of players out there and a lot of people trying to figure it out.”

CIBO and Peoples Company are planning for producers enrolled in their program to be eligible for immediate partial pre-incentive payments against expected future sales of carbon credits.

“We’re the boots on the ground, bringing acres into the program and being part of the monitoring and making sure the practices are actually happening. [CIBO] are calculating what the carbon credit is worth and they are marketing it,” Bruere said.

Investors in farmland markets now expect strategies to include a carbon component, Bruere added. He said that though many institutional farmland managers have taken a cautious approach while watching the USDA for signs of change under a new administration, carbon income potential will likely be factored into farmland values within about two years.

“My sense is everybody wants to make the right move at the right time and monetize appropriately,” he said. “You don’t want to be the person who monetizes it on your portfolio at $20 an acre and find out you could have had $40 later.”

CIBO Technologies president and chief executive Daniel Ryan told Agri Investor the CIBO Impact unit established in October 2020 is a natural evolution of the soil and ecosystem analysis platform launched in April. That offering combines proprietary modeling with artificial intelligence and satellite imaging to offer recommendations about specific parcels of land alongside public data, which informs estimates of regenerative potential for every farmland acre in the US.

Flagship Pioneering-backed CIBO added its own carbon credit marketplace in part to prompt development in a market still  in its early days, Ryan said. Though the company offers what it describes as a particularly grower-friendly interface for credits on its own market, CIBO’s underlying technology was designed to also enable other protocols and registries.

“We want to be part of the market but we also want to be a provider of capabilities to the market,” Ryan said. “We don’t expect that we can do it all ourselves. Our software platform could be used to manage, for example, Indigo’s simulation and verification part of their protocol.”

Indigo Agriculture, which was also created by Flagship, last year sold farming-derived carbon credits on its own platform at a price of $20 per ton of carbon dioxide equivalent sequestered.

“Given the significant impacts of agriculture on climate change, it must be a larger part of the solution and will remain a key area of focus,” Flagship general partner Ignacio Martinez told Agri Investor in an email. He said the firm continues to be involved in CIBO’s search for potential collaborations. “[CIBO] provides [farmers with] a unique opportunity to work collaboratively with Indigo and other companies in and outside of the Flagship ecosystem,” he added.

Indigo representative Allie Evarts told Agri Investor in an email that all credits sold through its carbon platform meet scientifically backed greenhouse gas accounting protocols. “Theoretically, third party data-quantification platforms – and the credits generated through them – could be made available through the Indigo carbon program,” she said.

The modeling underlying CIBO’s offering is derived from Michigan State University and projections provided by the Intergovernmental Panel on Climate Change, Ryan said.

Because the carbon market is likely to see a period when different protocols and values are used across various markets, he added, CIBO is working to understand how demand will vary among different groups of buyers.

“I think there is general agreement that there is going to be higher demand for ag credits than there will be supply,” he said.

“In some cases, what we are learning is that there are large companies in food and ag that don’t care about the carbon credits, they care about understanding the environmental impact. They may use their own incentives, which aren’t carbon, to incent these behaviors.”

In addition to carbon, Ryan said, CIBO is also interested to eventually explore the applicability of its technology to forestry, pastureland and/or water quality credit markets.