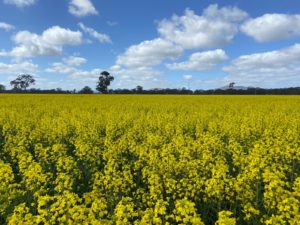 Proterra Investment Partners has completed the divestment of its Corinella portfolio, securing more than A$360 million ($256 million; €227 million) for 49 farms.

The portfolio was broken up and sold to 27 different buyers from Australia, after Proterra received 63 formal expressions of interest during the sale process.

In a statement, Proterra said the sale would achieve a projected gross IRR exceeding 20 percent in Australian dollars, as well as a project net IRR of more than 15 percent in US dollar terms.

Proterra Investment Partners has previously declined to comment on specific named funds and said it could not discuss which fund owns the assets.

The Corinella portfolio covers more than 22,500ha, more than 20,000ha of which is arable. It includes grain growing operations in western Victoria and the Wimmera region, as well as horticulture, cereals and lamb production assets in South Australia. One of the properties in Naracoorte, South Australia, is irrigated using water rights of 5,778ML.

Proterra Investment Partners managing director Becs Willson told Agri Investor the firm decided to pursue a break up of the portfolio because it would produce the greatest return for investors.

“We did get a couple of bids on the whole portfolio, but we felt the value for investors was in breaking it up, even taking this through to a paddock-by-paddock basis. For example, one farm was sold to four different buyers, ensuring we were getting the most value from every last dollar,” she said.

The sale was managed by Danny Thomas, Tom Burchell and Elizabeth Doyle of LAWD, who Willson said had put in a “massive effort” to split the assets up and secure so many different buyers.

“It was an incredibly intensive process but we’re extremely excited and our investors will be very happy with the result,” she said.

The purchasers are a mix of different buyers, predominantly local buyers in each of the regions covered by the portfolio.

“We’re really happy to see these farms go back into the community, and this is a great story to tell about how corporate agriculture can increase development and invest in productivity, before giving local buyers a real opportunity to acquire these desirable assets,” she said.

Willson said there was some foreign interest in the assets, but once the decision was taken to split up the portfolio, the relatively lower size of each individual investment did not suit most larger overseas investors.

“We’ve got three other investments here still, so we will continue to invest our time in those and make sure they are ready to exit in line with the fund’s timeline,” Willson said. The fund still holds two investments in Queensland and one in Tasmania.

Willson added that Proterra will likely return to the market with a new fundraise in the next six to 12 months.

In 2019, Proterra completed another large divestment with the sale of its stake in major New South Wales cropping enterprise BFB to Canadian pension PSP Investments for several hundred million Australian dollars. The BFB stake was held by Black River Agriculture Fund I.