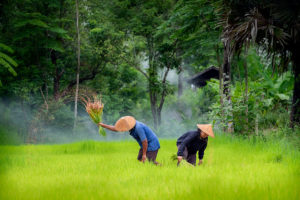 A joint report authored by PwC, Rabobank and Temasek has claimed there is an $800 billion investment opportunity in Asia’s agri-food sector.

The report, “The Asia Food Challenge; Harvesting the Future,” says population growth, changing consumer demands and rising affluence will more than double the continent’s food expenditure to beyond $8 trillion by 2030.

Over the same period, the continent’s population is expected to grow at a rate that means all three of the world’s 30 million+ people cities will be in Asia, as well as 17 of the 25 largest cities by population.

“These consumers will ask more of their food supply chains, seeking highly nutritious, fresh and safe produce delivered conveniently and on demand,” the report says.

“They will also pay a premium to businesses able to deliver on this. However, the agri-food industry is struggling to keep up. By 2030, with only one-fifth of the world’s agricultural land, Asia will be home to almost half of the global population.”

The report claims the biggest opportunity areas will be found in agtech, modern aquaculture, controlled environment agriculture and sustainable proteins.

“Private equity will also play a major role, as well as venture capital and accelerators given the relative immaturity and pre-commercial nature of many technology developers in the agri-food sector,” the report added.

High-tech inputs and agtech will play a major role in transforming Asia’s agri-food sector, the report says, citing yields of crops such as corn, rice, soybeans and wheat as a key areas in need of improvement.

For every hectare of corn crop, for example, Asia’s farms typically yield 4.4 tonnes. In comparison, the US and Brazil produce 10.5 tonnes and 5.5 tonnes, respectively.

The report adds that the highly fragmented and diverse nature of Asia agri-food sector creates a challenging environment, which has not historically attracted investors.

In India for example, the report notes, smaller-holder farms account for 86 percent of the country’s total farm holdings.

“If you asked me one sector which private equity has ignored substantially, it’s food and agri across the region,” Nagarajan said. “In Asia, private equity funds have played around the edges but have not been able to create more commercially sustainable businesses over a period of time. The distribution chain, farm to fork and the logistics part of it is something our growth capital can easily do, so we’re attempting to do that on both sides.”