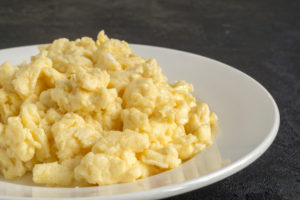 Alternative protein start-up Eat Just has raised $200 million in a funding round geared towards building the company’s brand, increasing its capacity and funding research and development.

The round was led by sovereign wealth fund Qatar Investment Authority, with support coming from Charlesbank Capital Partners and Vulcan Capital, the investment arm of the estate of Microsoft co-founder Paul Allen.

The San Francisco-headquartered company has raised $650 million to date. Its main offerings are plant-based egg products, the key ingredient for which is mung beans, which are sold in refrigerated and frozen formats.

Eat Just’s main market has been the US, where its goods are sold at more than 20,000 retail outlets and food service locations.

Proterra Investment Partners struck a deal to launch an Asia-focused JV with Eat Just in October 2020, with the firm agreeing to invest up to $100 million into Eat Just Asia.

The pair plan to establish a unit for the procurement and origination of mung beans in the region and a protein extraction facility. Proterra will also assume control of Eat Just Asia’s sales and marketing and establish a network of contract bottlers and packagers throughout Asia.

“It’s a bit of a Coca-Cola model,” Proterra managing director Tai Lin told Agri Investor, adding that former Coca-Cola board members and executives are involved in the investment.

Eat Just also became the first company to have a cultured meat (otherwise known as ‘lab grown’) product approved for consumption last year, when it received approval in December in Singapore.

The cultured meat space is also occupied by start-ups such as Memphis Meat, which is backed by Temasek and the Bill and Melinda Gates Foundation, as well as S2G-backed Future Meat.