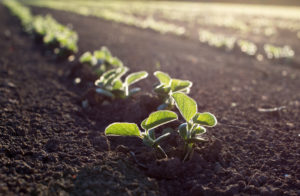 “My sense is everybody wants to make the right move at the right time and monetize appropriately,” Peoples Company president Steve Bruere recently told Agri Investor. “You don’t want to be the person who monetizes it on your portfolio at $20 an acre and find out you could have had $40 later.”

The commodity in question was ag-derived carbon credits and the potential prices they could fetch as the nascent market matures in the coming years.

What’s more, Bruere said investors now expect strategies to include a carbon component, as carbon income potential could be factored into farmland values within two years.

Of course, this all sounds very exciting – a completely new revenue stream for an uncorrelated asset class that can simultaneously reduce ag’s significant carbon emissions is certainly reason for excitement. Yet, at this early stage, it is difficult to escape the nagging sense that expectations need to be tempered with a dose of caution.

As Agri Investor has reported, the market does have some significant teething problems it must overcome. And as Locus Ag chief executive Grant Aldridge tells us, one need only look back to the CBD oil market’s sharp rise and fall for evidence of how early promise is never a guarantee of a long-term and stable market.

Locus and others in the carbon credits marketplace can contribute to its integrity by protecting the quality of credits produced through their programs, Aldridge says. By their nature, ag-derived credits are of a higher quality due to the sustainable practice changes they encourage among farmers, the soil and nutrients run-off they help to reduce, as well as the water quality improvements the practice changes help foster.

The carbon credits Locus sold for one of its farmers via the Nori marketplace in October “sold at $15 per metric ton and it is continuing to sell at $15,” Aldridge said. “If you look at other carbon marketplaces that are not ag, it’s $6 to $8 or maybe less. That’s a validation point that carbon removal from an agricultural production system does generate a higher value.”

One of the things that currently gives Locus a competitive advantage in this area, said Aldridge, is its Rhizolizer Duo product, which was developed to reduce the harmful effects of citrus greening disease among citrus plants. The treatment product has also had the impact of reducing nitrous oxide emissions and sequestering additional carbon because of the volume of roots a treated crop produces.

“This was a benefit that we didn’t anticipate and so in citrus we saw up to five metric tons of carbon sequestered annually,” Aldrdige explained. “We went to potatoes, corn, tree nuts – we’ve looked at this with a number of crops. In corn, we averaged between two and three metric tons of carbon sequestered per year and we’ve seen that over several years.”

If buyers do recognize these effects as additional points of quality that justifiably command a higher price point, it may well be that Bruere’s point about timing the monetization of credits will be crucial to maximizing returns.

What this is also likely to mean, as was suggested by Bruere, is that farmland values could in the future be influenced by their carbon income potential.