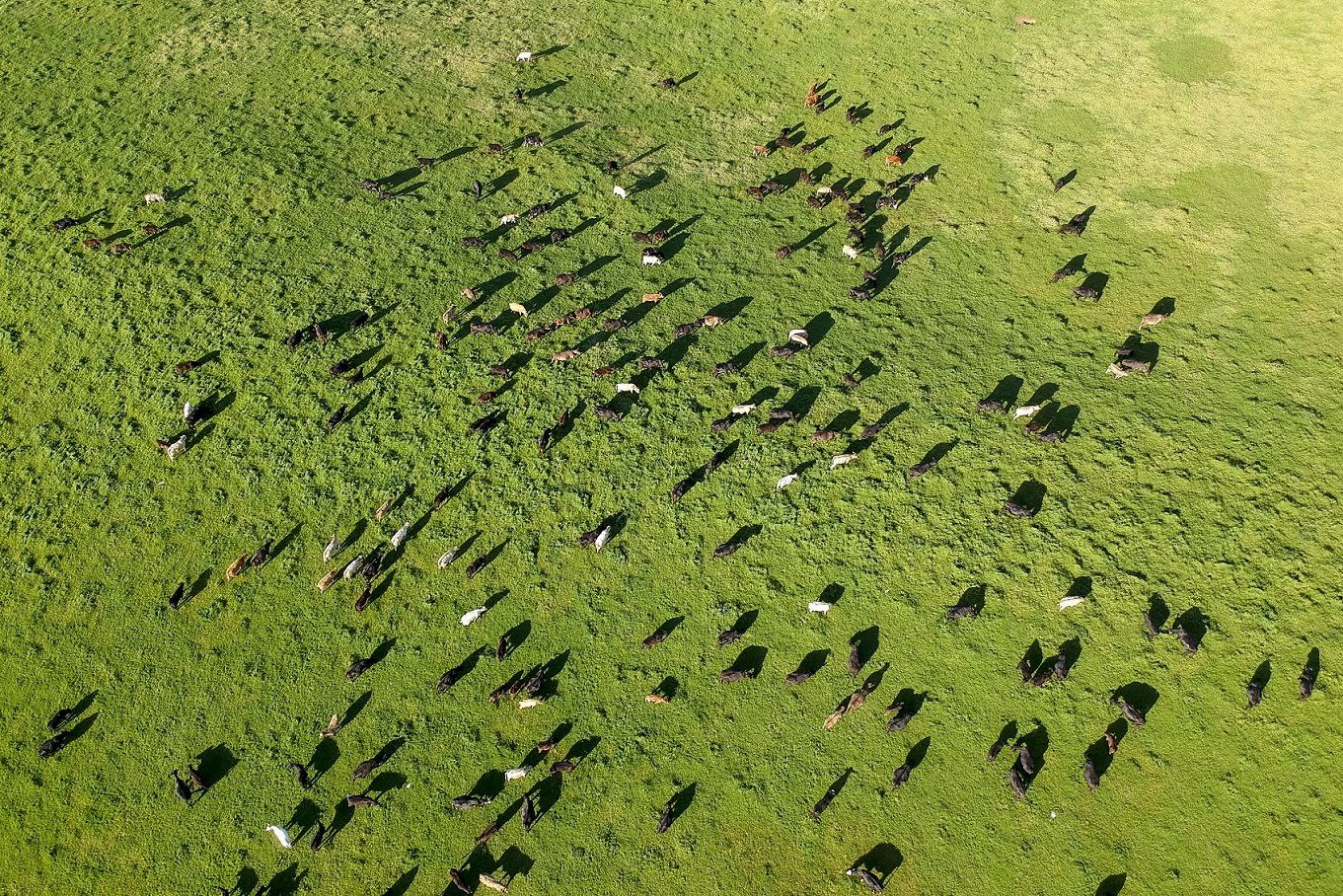 As the agriculture asset class continues to institutionalize, high-net-worth investors remain a central part of the investment landscape.

Committing capital to commingled funds as well as doing direct deals themselves, HNWs have been busy in Australia this year, as demand for high-quality farmland has remained strong during the uncertainty seen in other asset classes throughout the coronavirus pandemic.

One such person who has been active is mining magnate Andrew Forrest, Australia’s second-richest person with a fortune estimated at approximately A$23 billion ($16 billion; €13.8 billion) by the Australian Financial Review’s 2020 Rich List.

Most of Forrest’s wealth derives from his ownership stake in ASX-listed Fortescue Metals Group, an iron ore company, but he makes investments through another holding company called Tattarang (known as Minderoo Group until a name change in May 2020). The firm is one of Australia’s largest private investment groups with approximately A$20 billion in assets under management.

It recently made headlines with its acquisition of iconic clothing brand RM Williams through Z1Z, a label familiar to all who work in agriculture in Australia given its prominence in rural life and the ubiquity of its famous boots. That deal followed reported interest in acquiring part of Virgin Australia after it fell into administration this year, among several other deals, highlighting how big a footprint the firm is developing in the country’s M&A landscape.

Harvest Road, Tattarang’s ag division, accounts for around A$500 million of the firm’s AUM, with plans to get bigger.

“It’s an exciting time for the Harvest Road business and it continues to experience rapid growth,” Hartman said. 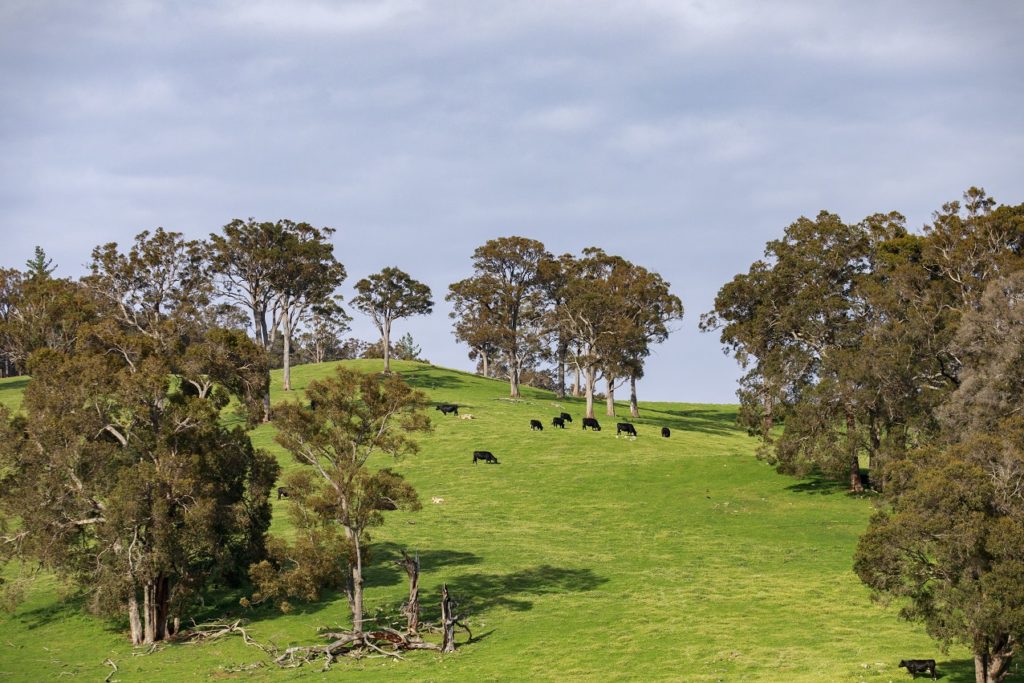 Beef is where the business has focused most of its attention to date. The firm runs seven pastoral stations in Western Australia covering approximately 1.5 million hectares.

Earlier this year it reportedly paid around A$30 million for two adjoining cattle stations in WA’s Kimberley region, Jubilee Downs and Quanbun Downs, together covering more than 220,000 ha.

“Both from a production efficiency perspective and a marketing perspective, we’ve achieved strong benefits from vertical integration”

It is also building a new finishing facility on Koojan Downs and other adjacent properties that it purchased in 2019, which Hartman says will be “one of the biggest feedlots built in Australia for some time” and the largest in WA, with capacity for 40,000 cattle.

It was a conscious decision to go down the path of vertical integration, Hartman says.

“For all our agriculture exposures, we’re focused on building vertically-integrated supply chains,” he says. “Lots of people talk about it, but in the beef space there are very few examples of it. Both from a production efficiency perspective and a marketing perspective, we’ve achieved strong benefits from vertical integration.

Such is its market position, Harvey Beef is the exclusive supplier of beef to Coles and Aldi supermarkets in Western Australia.

“We’ve grown that business quite significantly over the past six years, basically doubling the business,” Hartman said.

“The feedlot investment, which is under construction, is a game-changing opportunity for the industry in WA in terms of addressing the seasonality of the beef supply chain. In WA we have a very large grain surplus and we’re a large exporter of grain, but there is essentially no large-scale feedlotting activity at the moment.” 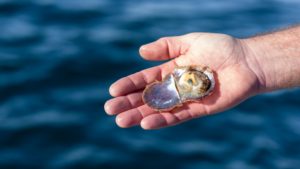 Harvest Road’s other two units, aquaculture and grains, are both at different stages of early development.

Aquaculture plans are more advanced, with the firm purchasing two separate water leases – one off Garden Island in Perth for mussel production and the other in Albany on WA’s southern coastline for oysters – in the last two years and aggregating them as one business, called Leeuwin Coast. It has also developed a greenfield research and development facility at Carnarvon, around 900 kilometers north of Perth.

“[In Albany] it was an existing business which we were able to purchase, and through a different approach to management systems, we are undertaking a large expansion in its operations to see it become the largest single-site oyster production system in Australia,” Hartman said.

“Western Australia has the highest per-capita consumption of mussels in Australia, but most of it is imported from South Australia”

At the facility, Harvest Road is growing Western Rock oysters and akoya oysters, the latter of which is a type of oyster more usually associated with pearling – the facility at Albany is actually the world’s first commercial edible akoya farm.

Hartman said it is getting “great traction” in WA already while the firm is also confident of the opportunity available to grow further.

“We’re doing it at a scale, on a single site, that is quite novel – a lot of other shellfish production is done on much smaller leases, on separate farms or cooperatives. So the benefits from a biosecurity perspective, as well as production efficiency, are unique.

Hartman is optimistic about mussels, too: “Western Australia has the highest per-capita consumption of mussels in Australia, but most of it is imported from South Australia at the moment. Through optimization of our system, we’ll be able to supply all WA’s mussels before starting to export to other states and key export markets around the world.”

On grains, Hartman declined to discuss plans in much detail at this early stage but said the idea was to use grain produced at its giant new feedlot, adding another plank to the vertical integration in that business.

“It will work in unison with our internal grain requirements, derived from the feedlot activity. We’ll become involved in the merchandising of grain domestically and in export markets as well,” Hartman says, suggesting that Harvest Road will be on the lookout for grain properties in WA’s famous Wheatbelt in the not-too-distant future.

Partnerships ‘not a focus’

What does the future hold for Tattarang and its ambitions in agriculture?

Hartman says it is quite simple: “There are opportunities for continued organic growth in the business and we’re always on the lookout for acquisition targets that fit within our strategic verticals.”

Agriculture and aquaculture continue to be attractive investments for the group thanks to resilient performance during the covid-19 disruption.

“There have been some interruptions in key export markets for our base business, but relatively speaking things have continued in an uninterrupted way,” Hartman said.

“The cattle price in Australia is currently the highest in the world, which obviously benefits the pastoral portfolio, albeit we have large parts of WA in drought conditions at the moment. There’s a degree of buffering there [provided by those prices] despite the need to reduce cattle numbers on some properties.

“Key markets such as the US and China can change quickly, so we’re keeping a close eye on that. We weren’t one of the plants that was suspended for exports by China and the main thematic in the Chinese market this year was uncertainty around the demand for some high-quality cuts of beef [due to coronarvirus-related food service shutdowns]. That’s something that impacted all Australian beef producers whether they were subject to suspension or not.”

Some of Tattarang’s other business units have partnered with outside investors to get deals done – a subsidiary of Squadron Energy took a 75 percent stake in wind farm operator Windlab this year, with Federation Asset Management taking a 25 percent stake and acting as funds manager and advisor on the deal.

With other large ag investors like Canadian pension PSP recently stating an openness to partnering with Australian superannuation funds or others on deals, might Tattarang examine this option in ag too?

“Potentially – one of the benefits we have as a family office is that we have a degree of flexibility to always structure things in an optimal fashion,” Hartman said.

“So if it made sense to, it’s something we could look at. But certainly, given our preference to be the operator of assets, it’s not a main focus for us. We’re more interested in finding opportunities that we can introduce our management expertise into [and improve].”