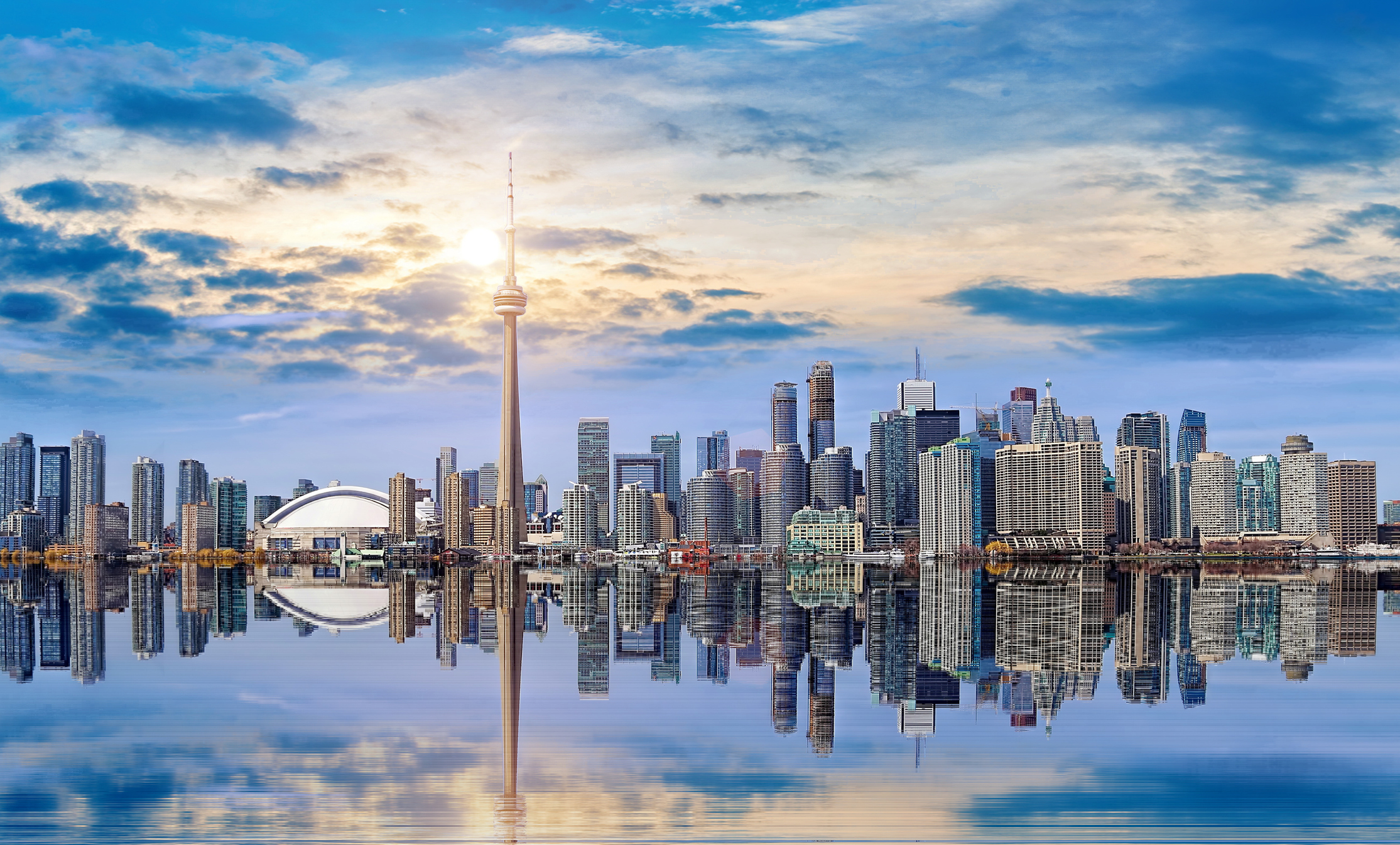 Home News & Analysis ‘The money will really start to flow when it’s too late’ –...

“Ag is going to be a net beneficiary. No question whatsoever. But it’s going to take investors too long to figure that out and they’re going to be late to the party as they always are,” says Bonnefield CEO and president Tom Eisenhauer.

We’re about three-quarters of the way through our video call and have arrived at the inevitable covid-19 juncture when he relays some of the conversations he’s recently had with farmers with whom the firm works.

“The investors should be piling into this aggressively now and over the next year, two years, because we’re going to reap the benefits of it in the next decade,” he predicts.

Incorporated in 2009, Toronto-headquartered Bonnefield is one of the few GPs globally with an agriculture track record that boasts six dedicated farmland funds, the last three of which have all been institutional – the first three mainly featured high-net-worth individuals.

That track record, you would have to concede, means investment predictions coming from the firm’s president, co-founder and CEO come with a fair amount of credibility attached.

As it happens, Eisenhauer credits the firm’s ability to identify and move quickly on an investment opportunity – the 2013 acquisition of a 6,500-acre Ontario farmland asset for C$65 million ($48.1 million; €41.4 million) – as the tipping point in Bonnefield’s attempts to bring Canadian institutional investors into the asset class.

“There really weren’t any institutions in Canada at that time investing in farmland,” he recollected. “2013 allowed us to go to all of those institutions whose doors we had been knocking on and say, ‘If ever you’re going to do it, this is the best asset and the best opportunity. It’s put up or shut up, fish or cut bait.’ That one turned out to be quite successful.”

Bonnefield launched its inaugural Canadian Farmland Fund I in 2010; a HNW investor vehicle that raised C$19 million. This was followed by a second HNW fund launched in 2012, which raised marginally more than its predecessor at C$22.5 million.

As Eisenhower explained above, the firm’s big break came in 2013 when 6,500 acres of Ontario farmland, which had been amassed by Boston-based hedge fund Highland Companies, became available.

“[They] told everybody they were going to farm it but, actually, they were going to turn it into what would have become North America’s largest gravel court,” he said. “This is some of the best farmland in Canada so you can imagine the outcry about that. Long story short, they fought it for a number of years until finally they surrendered, and we swooped in and got it. That was the catalyst that really allowed us to raise our first large institutional fund.”

Fund III eclipsed its C$200 million target to close on C$235 million in 2014, taking all of its commitments from “less than five” institutions, he told Agri Investor at the time, two of which were investing in farmland for the first time.

It was after this point that investors began to demand an open-ended solution instead of the limited-term structure, starting with the HNW investors in funds I and II. “The investors came to us and said, ‘We don’t want to terminate these funds. We don’t want to pay capital gain on something that we’re just going to reinvest in,’” Eisenhauer said. “We came back with a proposal to make [Bonnefield’s first evergreen fund] an open-ended fund and that was in 2017.”

Bonnefield launched and closed another defined-term institutional fund – Fund IV – on $230 million in 2018, which is now fully deployed. But again, at the behest of investors, this time institutional, the 2019 Fund V was structured as an evergreen open-ended vehicle. The firm will persist with the open-ended model, Eisenhauer says, “unless and until investors tell us differently – as long as it keeps the investors happy, then we’re happy.”

One avenue the firm is unlikely to explore, however, is an own-and-operate investment model. Ever since Eisenhauer became drawn to the Canadian agriculture industry in 2008 when he closed the page on his former life because “tech private equity went the way of the dodo,” as he puts it, Bonnefield’s approach has always been about buying good farmland and leasing it to farmers.

“I don’t think you’ll ever find Bonnefield competing with our customers [by] setting up a farm across the street from one our tenants,” he said. And as far as Eisenhauer is concerned, based on the success (or lack thereof) enjoyed by those who have pursued an own-and-operate strategy, the risk-to-reward ratio simply does not justify the risk.

“Where we have some, but not a lot [of exposure] is shared risk leases and flex leases. There’s probably a lot more we could do on that side of the scale before we jumped in and started operating grain farms.”

Other avenues the firm may consider exploring include water, environmental themes or farm infrastructure, such as grain silos and processing facilities. He admits plans in these areas are not well developed and are simply floating ideas in the office, but with regards to farm infrastructure, Eisenhauer suggested there is a market need for a lease solution.

Bonnefield’s farmland investments by crop type are diverse. The firm is exposed to produce ranging from staple commodities such as corn and soy through to canola, potatoes, gourds and blueberries. Eisenhauer puts the broad range down to the wider spread of crops grown annually across Canada in comparison with other areas, such as the US.

“Corn and soy is maybe 13 percent of the annual crop in Canada versus 55 percent to 65 percent in the US in every given year. We’ve got investments in that tradition,” he explained.

Due to provincial investment rules, only Canadian citizens can invest in farmland in the provinces of Saskatchewan and Manitoba, which is why only the firm’s HNW investor funds have assets in those areas. None of Bonnefield’s institutional funds are exposed to the two provinces for this reason.

One area the firm does not get at all involved in is grazing lands and livestock. “Anytime you put an animal on something, there’s a risk that we can’t control,” he said. What’s more, certain sections of Canada’s farming system, such as milk, dairy, chicken and hogs, are influenced by a federal quota system. This creates another “unquantifiable risk,” explained Eisenhauer, which has convinced the firm to steer clear.

Performance across Bonnefield’s portfolio during the coronavirus pandemic has broadly been good, aided by the lack of exposure to livestock (which has been severely impacted globally), as well as surprisingly high yields in a year when the country has had bouts of drought and stormy weather. “When farmers actually say things are pretty good, you know it’s great because farmers are the best complainers in the world. The glass is always half empty,” Eisenhauer said.

“Yields are amazing so I said [to the farmer], how could that be? He just pointed to the sky and said, ‘It’s been 30 years since I’ve seen skies like that – we’ve had no planes overhead, we’ve had no smog, I think that’s why our yields are 10, 15, 20 percent higher than they have been in previous years.’ He said there’s even more songbirds, there’s more crickets, there’s more everything.”

Where Bonnefield did have concerns, Eisenhauer said, was with regards to its extensive exposure to potatoes. The experience here ended up being one of “feast or famine,” depending on the customer for whom the farmer was growing.

“If you happen to be a potato grower who was growing for the fresh market, you’re totally sold out by March. If you’re a grower for the frozen french fries market, the restaurants were all closed down and no one was consuming it so you had a different problem,” he said.

Despite this experience, Eisenhauer has no doubt that ag as an asset class will emerge from the pandemic with its reputation and appeal enhanced. The problem for many investors, he said, will likely be that they failed to capitalize now.

“The money will really start to flow when it’s a little bit too late. But that’s just the way the pendulum swings, right?”