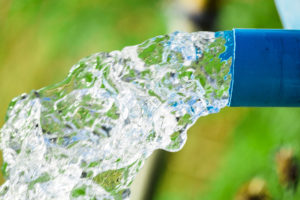 Conversations about water investment inevitably include at least one allusion to the observation, often attributed to Mark Twain, that “whiskey is for drinking; water is for fighting.”

Indeed, well-intentioned observers and participants in and around private water markets can easily find tempers flaring during good-faith efforts to understand and communicate about investments that are often laden with complex environmental, regulatory and historical baggage.

This is partly due to the fundamental tension that emerges when balancing concepts of ‘public good’ and ‘private property’ in disputes surrounding water use. Such disputes often occur alongside efforts to modernize local oversight bodies and informal practices accumulated over decades.

This year has provided at least two examples of private equity investments facing potential challenges born of that tension. These challenges do not negate the logic of private investment in water or detract from the dire need for that investment. They do, however, suggest that agility in managing public receptions of returns from water investments may prove more pivotal than some managers expected.

In late July, an environmental court in Hawaii nearly halved the amount of water permitted to an irrigation system partially owned by PSP Investments-backed Mahi Pono. The ruling appeared to trigger a rebate provision within the contract underpinning the late 2018 acquisition of a stake in the assets from Honolulu-headquartered real estate company Alexander & Baldwin, which anticipated potential legal restrictions on water delivery.

In August, a 22-member working group that had been asked to re-examine Colorado’s water speculation laws, following investments by Water Asset Management, was unable to find a consensus around specific recommendations. Instead, the group endorsed eight “concepts” for how to potentially limit future investments focused more on benefiting from rising water prices than the use of that water. The “concepts” included a tax on profits derived from water rights deemed to have been purchased speculatively; and the creation and funding of a new public entity that would be granted the right of first refusal to purchase water rights for long-term irrigation use for the public benefit.

A source familiar with Colorado water law and the culture it reflects told Agri Investor they do not expect the working group’s suggestions to find traction with lawmakers. The source characterized the report and the legislation that created it as more reflective of the region’s heated political environment than widespread opposition to private water investments.

They added that the report helps demonstrate that although institutions backing private water strategies do not need to be impact or philanthropic investors, they do need to invest on a genuinely 20-to-50-year timeframe. “There are many vehicles for less patient capital,” the source said. “Water and agriculture just isn’t one of them.”

The Colorado working group’s concepts do not need to be implemented to influence the volume or character of capital supporting cutting-edge approaches to managing water assets. Even the possibility of laws aimed squarely at future expansion of a specific strategy is bound to impact demand for that strategy.

A staff member within an institution supporting at least one water-focused manager told Agri Investor that its investment came only after excruciating internal reviews that ranked among the most stringent of the source’s long career. They reported being motivated to overcome internal resistance in part by a personal belief that the US west faces water challenges requiring action far swifter than government is likely to muster.

Though the regulatory hurdles presented in Colorado and Hawaii are relatively minor in and of themselves, how and how quickly they are surmounted will be watched closely by those hoping to expand private investors’ role across water markets.