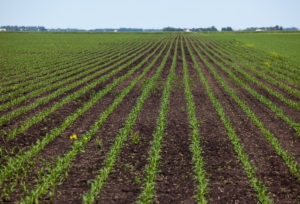 Annual crop properties delivered total returns of 1.56 percent, comprising 0.98 percent income and 0.59 percent appreciation, according to the index. It showed that during the same period, permanent crop properties in the index delivered total returns of -0.20 percent, driven by appreciation of -0.71 percent and 0.51 percent income.

AgIS Capital noted in a late April commentary that in 2020 annual cropland returns exceeded permanent crop returns for the first time since 2001 and only the third time since the index’s 1991 inception. The Boston-headquartered firm highlighted its own 2014 projection that row crop returns were likely to remain below 8 percent for at least five years and noted important changes in the investment environment surrounding farmland that have happened in the years since.

“The Fed’s signalling that it will allow inflation to increase above the two percent target rate before raising the nominal policy rate above the lower effective bound, and an expectation of a more generous stimulative fiscal policy should lower the relative strength of the US dollar,” wrote AgIS vice president for strategy and acquisitions, Cody Dahl.

“Coupled with improved commodity prices and stagnant land value growth in previous years, it appears annual crops will be more appealing than in the recent past for investors willing to accept returns in the range of 4.5 to 6.5 percent for passive investments.”

University of Illinois professor Bruce Sherrick, who is also an academic member at NCREIF, commented on the “unique moment” of annual crop returns surpassing permanent crops during NCREIF’s last webinar in February. He said asset value reductions on permanent crop properties have been recent, but stressed that returns are strong when measured over a 15-year horizon

“What you see [now] is pretty typical of what you would expect to be the case, that when returns are high, they tend to amplify a bit more on the permanent cropland. When they come back down toward what I would think of as a Treasury-plus rate, they tend to converge,” said Sherrick. “Permanent cropland tends to move up and down quite a bit more with changes in demand and changes in production around the world for things like tree nuts, apples and wine grapes.”

The report described wine grape farmland markets as having found some degree of equilibrium recently, but nonetheless still displaying negative earnings, in part due to the price effects of a particularly large California harvest in 2018.

2020 was a good year for pistachios, according to AgIS, which wrote that new product and promotional offerings helped offset the tariffs and a record crop of more than one billion pounds.