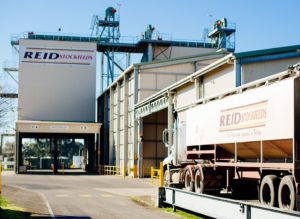 The fund acquired the asset from Reid Stockfeeds, which will continue to operate them for at least the next 20 years as part of a leaseback arrangement.

The acquisition adds to the fund’s three foundation assets, all purchased in 2020: a soft leaf vegetable operation in the Australian states of Victoria and Queensland that is leased to Dicky Bill Australia; a citrus asset in Western Australia leased to Moora Citrus Group; and a berry asset in WA leased to Australian Securities Exchange-listed giant Costa Group.

The fund, which launched in 2019, has also now reached the milestone of A$50 million ($39 million; €32 million) of capital deployed, Warakirri said. A spokesman for the firm confirmed that the figure was a mixture of debt and equity capital, and that equity fundraising had reached almost A$35 million.

Warakirri is aiming to raise A$100 million for the Diversified Agriculture Fund initially, before expanding to around A$300 million over time.

The fund also recently made its first quarterly income distribution to investors for the quarter ending March 2021, which was equivalent to an annualized yield of 7.4 percent per year on called capital (net of fees and fund costs). This was in line with the fund’s policy of distributing all surplus income and was slightly above its 6 percent-plus per year target, Warakirri said.

Steve Jarrott, who joined Warakirri in 2019 from Westchester, the agricultural investment arm of the TIAA-Nuveen Group, to become portfolio manager for the Diversified Agriculture Fund, said in a statement: “We’re delighted to add another quality asset and tenant partner to the fund. Reid Stockfeeds has a strong track record and is one of Australia’s leading providers of high-quality stock feed. They are a well-respected, growing business, servicing livestock producers in the dairy, pork, poultry, beef and lamb sectors.

“We are committed to continuing our disciplined approach, to carefully select new assets and tenant partners, and ensuring this is not only a rewarding income investment, particularly in the current low interest rate environment, but a valuable, low volatility, total return exposure for our clients over the long term.”

Warakirri launched its open-ended Warakirri Farmland Fund in April this year, which Jarrott told Agri Investor at the time would likely reach A$300 million-A$500 million in size within the next two to three years.