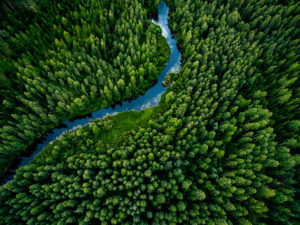 When HSBC entered the ag and timber space last August through a JV with Pollination Group that would create the first “natural capital asset manager,” two things about the news created the biggest buzz.

First, HSBC was about to enter the private ag and timber markets for the first time and this was, understandably, big news. Second, the duo decided they would classify assets such as farmland and timberland that have historically been slotted into buckets labeled real estate, natural assets or infrastructure as “natural capital.”

Those who have been following this trend will be familiar with the reasons why. In a nutshell, there is a pressing need to attach a monetary value to naturally occurring benefits (natural capital) such as carbon capture, water quality, clean air and biodiversity to ensure assets like farmland and timberland are appropriately managed to protect and enhance these qualities.

Nuveen natural capital will be headed by Martin Davies. He told Agri Investor the firm’s pivot towards the wide-ranging natural capital moniker means it is keen to avoid becoming a “one trick carbon-only pony” and wants to push the needle in monetizing benefits such as clean water and biodiversity.

Carbon capture is, of course, the first of the natural capital benefits that investors and policymakers want to monetize and incentivize, which now has several state-backed and voluntary markets that trade in carbon credits.

And while CPP Investment’s partnership with Conservation International at the start of October may strictly be labeled a voluntary carbon market initiative, it certainly falls into the natural capital space.

What’s really intriguing about this is CPP Investments has invested directly into this initiative. The pension has said it is settling in for the long haul – its first project has a 30-year lifespan – and based on its own restructure of its farmland team, there is almost a sense that it is investing in a new asset class.

“It’s coming together in an interesting way and when we think historically about how institutional investors invested in agricultural lands or forestry, it was a very different thesis. And so, we’re seeing an opportunity here and we’re trying to work it through.” McKinsey estimates the carbon market alone could be worth upward of $50 billion in 2030.

The pension has had conversations about how it can engage in monetizing other benefits such as biodiversity and clean water, said Hogg, but this is likely to be something it looks at more seriously in the future as it concentrates on establishing a track record of delivering high-quality carbon credits to the voluntary market.

Interested parties will do well, then, to keep taps on developments in Queensland, Australia, where the state government’s Reef Credit Scheme monetized water quality benefits for the first time in October 2020 with sales to HSBC and the government.

Enrolled farmers and landholders generated and sold the second round of Reef credits to the government this month. The initiative measures and rewards actions taken to reduce nitrogen or sediment run-off, which can damage the coral ecosystem.

Given this direction of travel, natural capital may well start cropping up as a standalone and all-encompassing natural asset bucket sooner rather than later.

If that means more responsible stewardship of the natural world by private market investors, that has to be a good thing. And given the reality that a range of completely new natural capital markets are waiting to be unlocked, the opportunity looks certain to attract more investors in the coming years.