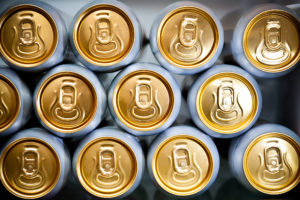 The Washington State Investment Board has made a €175 million commitment to PAI Partners Europe VIII vehicle.

The 2022-vintage has a €7 billion target and will make investments across the French firm’s core areas of business services, food and consumer, healthcare and general industries.

PAI Partners closed one of the largest M&A transactions in the global food industry in 2021 when it acquired multiple drinks business – including Tropicana and Naked – from PepsiCo in a $3.3 billion deal.

The brands will form part of a new joint venture between PepsiCo and PAI Partners, which also takes ownership of other brands from the PepsiCo portfolio, such as Copella, Dole, KeVita and Punica.

Capital for the PepsiCo deal was drawn from PAI’s Europe VIII vehicle, which closed on €5 billion in 2018. The predecessor vehicle is also invested in Euro Ethnic Foods, The Compleat Food Group (formerly known as Addo Food Group & Winterbotham Darby) and Ecotone.

PAI is also invested in other food brands such as Spanish food retailer Uvesco, refrigerated fish and seafood provider Angulas Aguinaga and UK-based ice cream company Froneri, through its mid-market fund and its strategic partnerships vehicle.

PAI Partners has €22.4 billion of assets under management, according to the firm’s website.