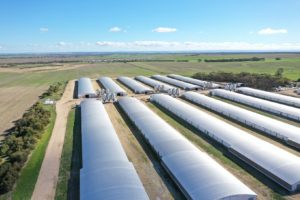 AAM Investment Group has launched its fourth agriculture fund with an initial capital raise of A$60 million ($41 million; €37 million).

The AAM Diversified Agriculture Fund, which began fundraising on 11 November, will use the capital to fund the purchase of two seed assets: a stake in its existing Southern Cross Poultry Fund and whole ownership of three farms in New South Wales.

AAM expects to hold a first close on or around A$60 million before the end of December this year, managing director Garry Edwards told Agri Investor, before returning to the market for another capital raise in Q1 2020 to fund new asset acquisitions.

On targets for future raises, Edwards said: “We don’t have a definitive number, but we’d expect to be doing approximately A$200 million in assets each year for the next three to four years.”

The first seed asset is a minority stake in AAM’s existing Southern Cross Poultry Fund, which currently produces around 10 million chickens per year in a large-scale facility in South Australia. Investment from the Diversified Agriculture Fund will allow the chicken facility to acquire new sheds to enable it to double production.

The second seed asset is an aggregation of three mixed farming operations in western NSW, which are currently used for dryland cropping, irrigated cropping and animal protein production. The Diversified Agriculture Fund will take full ownership of those farms.

AAM’s investor base has traditionally come from high-net-worth individuals, family offices and self-managed superannuation funds, but the diversified strategy being pursued by the new fund is part of an effort to build scale that can begin to attract institutional investors, Edwards said.

“The size of assets and the ability to make investments of scale is often a limiting factor for institutions and there’s literally just not enough transactions around of scale, and certainly not in any diversified platform, to really allow many of them to invest at the normal levels that they traditionally would,” he said.

“That’s part of the core strategy of having this diversified approach – it’s to try to put assets from multiple [sectors and commodities] together to allow for a greater level of capital investment.”

The fund will target a balanced mix of income-generating assets and more strategic opportunities, where capital investment can increase an asset’s capital value and the sustainability of its income streams.

It will invest in a range of geographies within Australia and will have no more than 40 percent exposure to a single sector or commodity after three years, once the initial investments have been made.

“We invest in different production regions and by doing that and having different commodity exposures, we tend to be a little detuned to the drought circumstances in any particular geographic region, because of that wide exposure,” Edwards said.

He added that AAM is focused on de-risking assets as much as it can to help mitigate the effects of drought, such as is currently being experienced by large parts of eastern Australia.

AAM Investment Group has A$172 million of assets under management in total across its three single-asset funds and other mandates: the Southern Cross Poultry Fund; Pastoral Development Trust, which owns 100 percent of Legune Station in the Northern Territory; and Sustainable Softwood Trust, which owns 100 percent of a standalone softwood saw milling operation in NSW’s Central Tablelands region.