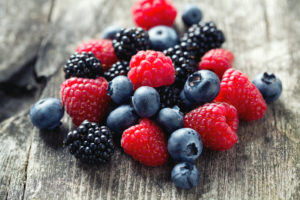 The assets amount to “around 65 percent” of HHP’s overall operations, in what ADM Capital chief operating officer Jeremy Alun-Jones told Agri Investor was a “two-thirds/one-third” deal.

“It was a complicated deal because we’re not buying the entire business of HHP Farming. Given that Harry Hall and his family are keeping around 35 percent of the business, we had to hive out the bits of the business that we bought and put them into a new company,” Alun-Jones explained.

The combined assets amount to “more than 230 hectares of berry cultivation,” said a statement from the fund. Cibus also confirmed that the management teams in the acquired HHP businesses will be retained.

HHP was established in 1966 and supplies strawberries, raspberries, blueberries and blackberries, and has grown to deliver an annual production volume of 7,500 tonnes.

According to Alun-Jones, one of the reasons the Hall family were interested in the sale was due to their desire to manage a business with smaller operations.

“They have kept a much smaller business and gone back to where it was maybe 10 years ago, where they felt comfortable managing that scale of business.”

Alun-Jones added that the fund expects the newly established Summer Berry Company to have an annual turnover of between £45 million-£50 million.