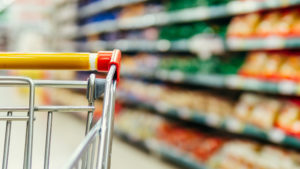 As the coronavirus pandemic has severely impacted the business operations of one industry after another in the last three months, Agri Investor has waited with bated breath until it was our turn to begin counting the cost for the ag asset class.

We reported earlier this month that concern among stakeholders was building, but it was fair to say none of the investors we spoke to had reached panic stage.

Early signs of covid-19’s impact on the asset class pointed to an isolated effect on select products such as Australian rock lobster and New Zealand dairy, which heavily depend on China’s food service sector as an export market.

As the Chinese city of Wuhan’s suspension of transport services on January 23 quickly escalated to a closure of bars and restaurants – steps progressively replicated across the country and then globally – retail and food service suppliers have continued to bear the brunt of the adverse impact.

Food service disruption was one of the key reasons cited by Rabobank in its recent assessment of the global dairy market, which is expected to suffer downward pressure this year. Meanwhile, Refinitiv data shows global trade of staple commodities such as soybeans and edible oils are suffering from suppressed demand, primarily due to the cyclical downturn-like impact covid-19 has had on commodity markets more broadly.

But the news for the ag asset class has not been wholly negative – not by any means.

As one asset manager told us earlier this week: “Supermarkets are selling more food than they ever have. We haven’t seen any material adverse consequences across the various different funds and co-investments we’ve made.”

Some of the reasons for this positive development are plain to see: food was always going to be declared an ‘essential’ requirement across the world throughout the crisis, meaning individuals can continue to acquire it at supermarkets, while food delivery trucks have also been able to move between federal and national borders, even where lockdowns are in effect. Pandemic or not, people need to eat.

“If you’re a vertically integrated business and you’re selling to a processor or retailer, those types of business are performing quite well. They’re actually net beneficiaries,” added the source.

Given this relative positivity, numerous investors and stakeholders have been keen to drive home one of the fundamental reasons for investing in ag, which they believe the pandemic will help reiterate: that the asset class is largely uncorrelated to most other markets and asset classes.

As Growth Farms managing director David Sackett put it: “If anything will help prove the thesis that agricultural investments are non-correlated to other asset classes, this is it.”

While this may well be one of the wider lessons learned in the months to come, sources have also been keen to point out that agribusinesses with heavy debt burdens could find they are met with little patience from banks keen to claw back as much as they can amid the downturn. The pressure to liquidate assets could certainly materialise over the near term.

Indeed, Laguna Bay’s McGavin said the firm has moved to assuage any anxieties among its investors on this front. “Investors are concerned, but we’ve been able to reassure them that we’re not loaded up with debt and the fundamentals of our assets remain strong,” he said.

Another ongoing risk, of course, is the pandemic’s impact on labor. One of the food supply chain segments with a high risk of virus transmission is indoor food processing and packaging facilities, which, to their credit, were among some of the first business groups to begin issuing face masks and using mandatory temperature checks.

And while on-farm transmission risks can be managed by isolated individual work areas, cross-border movement restrictions for migrant labor, as has happened in the US with the suspension of interviews for H2A visas for Mexican workers, present another problem.

“If we are all of a sudden taking out a big part of the pool that was available for labor, which H2A does, that is going to change supply dynamics,” permanent crop-focused Agriculture Capital’s vice-president Atish Babu told Agri Investor. “It’s going to impact everyone, to varying degrees.”

Clearly, risks remain and the asset class will by no means emerge from this crisis unscathed. But the early signs do point to a less severe impact than will be recorded across many other asset classes.